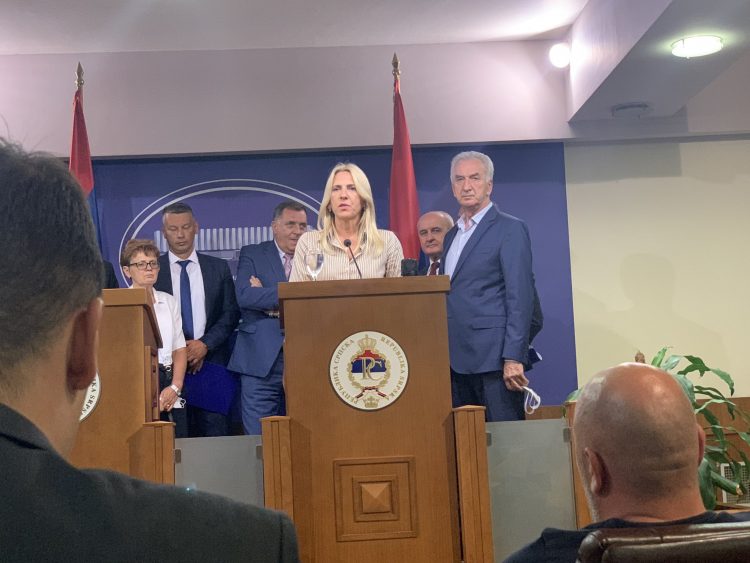 As of Tuesday, officials from Bosnia’s Serb-majority Republika Srpska (RS) entity will not participate in the work of BiH’s institutions, leaders of political parties in the entity agreed on Monday after the international administrator in the country imposed a law banning genocide denial last week.

“As of tomorrow, Serb representatives will not participate in the work (of institutions) and will not make decisions. I believe that there will be sufficient political maturity to try to resolve such a sensitive issue in the coming period,” said the leader of the RS opposition Party for Democratic Progress (PDP), Branislav Borenovic, following the meeting in the RS National Assembly.

The outgoing High Representative tasked with overseeing the civilian implementation of the 1995 Dayton Peace Agreement in Bosnia, Valentin Inzko, used his special powers on Friday to introduce amendments to the BiH’s Criminal Code which sanction the glorification of war criminals convicted by final and binding judgments, as well as the denial of genocide, crimes against humanity and war crimes.

According to RS National Assembly Speaker, Nedeljko Cubrilovic, the meeting is a consequence of the “very complicated situation following Inzko’s decision.”

He then listed the conclusions from the meeting.

Other conclusions said that additional steps to respond to the situation were also discussed and that the party leaders agreed to submit two laws related to these efforts in the coming period.