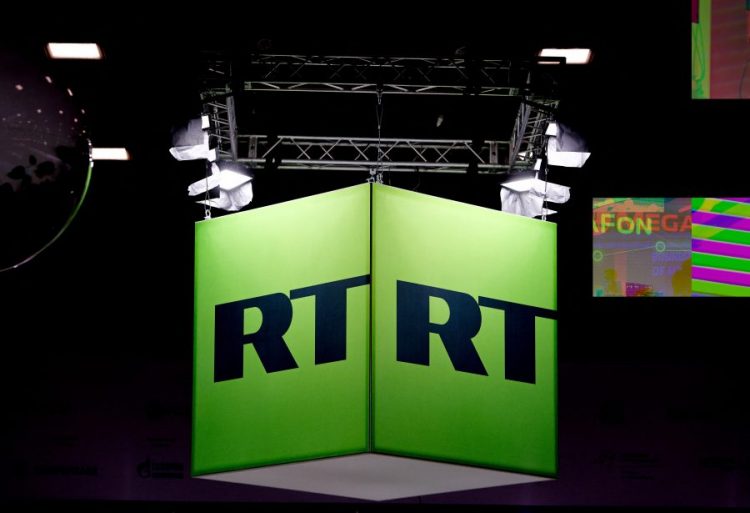 Russia Today (RT), which is under European Union sanctions imposed following Russia's invasion of Ukraine, announced on Tuesday that it has launched a multimedia online website in Serbian language, dubbed RT Balkan, while television broadcasting is expected to launch in 2024.

“We were probably not expected anywhere in the world as much as here. And I want to address the dear Serbs in their own language: Brothers, watch RT,” the company’s editor-in-chief, Margarita Simonian, said in a press release.

The RT Balkan website will be led by Jelena Milincic, the daughter of Ljubinka Milincic, who is the editor-in-chief of the Serbian edition of the Moscow-aligned Sputnik news website, which launched in 2014.

“Now the residents of the region will have access to RT in the Serbian language, which will provide a more complete picture of the modern world. Becoming part of the media space of the Balkans is a big challenge for us. But we are ready for it,” Jelena Milincic was quoted as saying. In addition to the website, RT Balkan will also run its Telegram channel, and will have a presence on social networks such as Instagram, Twitter, TikTok, and YouTube. The RT network publishes news in English, Arabic, Spanish, French, and German. They also run a separate documentary channel, RTD.

In early March, the European Union imposed sanctions against two state-owned Russian media outlets, Russia Today and Sputnik, alleging that they manipulate information and spread Russian propaganda about the brutal attack on Ukraine.

EU: RT and Sputnik are a direct threat to public order and security

“We will ban the Kremlin’s media machine in the EU. The state-owned Russia Today and Sputnik, and their subsidiaries, will no longer be able to spread their lies to justify Putin’s war. We are developing tools to ban their toxic and harmful disinformation in Europe,” European Commission President Ursula von der Leyen said at the time. The Commission said that Russia Today and Sputnik are “key media for promoting and supporting Russian aggression against Ukraine” and that they represent a “direct threat to public order and security in the EU.”

Both media outlets participate in the coordinated manipulation of information and disinformation, according to an analysis by the European External Action Service, which has been collecting data on this since 2015. The EU sanctions cover all means of transmission and distribution of content, including cable, satellite, IPTV, platforms, websites, and mobile apps. All their broadcast licences and distribution agreements have been suspended in the EU.

In July this year, European Union spokesman Peter Stano, commenting on the announcement that RT will open its representative office in Belgrade, said that “Serbia, as a candidate country, is expected to gradually align itself with the Union’s foreign and security policy and its decisions.” He recalled that the EU “introduced restrictions on broadcasting, distribution and advertising of RT within the framework of sanctions that are a response to illegal Russian aggression against Ukraine.”

EU’s Bilcik on RT launch: Step in the wrong direction

European Parliament’s Rapporteur, MEP Vladimir Bilcik, told N1 on Tuesday that the European Union is still waiting to see concrete steps in terms of Serbia’s commitment to a European future.

He warned that the Serbian authorities’ decision to allow the launch of Russia Today, is “completely contrary, not only to Serbia’s commitment to align with the external policy of the EU, to align with our support for Ukraine, which has been attacked by Russia, but also it’s completely contrary to the commitment to the basic principles of rule of law, democracy, fundamental rights and freedoms for all, because an important part of that is free media, free and independent media.”

He said that Europe, including the Western Balkans, needs to give free speech a fair chance. ”

“For that we need to support strong, independent and free media and not to support propaganda mouthpieces of a country which is waging war against Europe, against EU enlargement, against our values, because this would be detrimental not only to Serbia but also to the whole region of the Western Balkans,” he told N1 Television.

He said that he is alarmed by the level of disinformation in Serbian media, adding that the formal permission to launch Russia Today in Serbia is a “step in the wrong direction” and an action completely opposite to the commitment heard from the government and public institutions.

“This is also an important message to all of those who are responsible for the media landscape in Serbia and across the Western Balkans. The regulators have to be serious about serious media. There are rules that also apply to the operation of media in any democracy, precisely because we want to guard and protect the public interest, which is to disseminate responsible news, news which are based on facts, news which are based on professional journalism. And Russia Today is completely out of bounds with any of these principles,” Bilcik said.