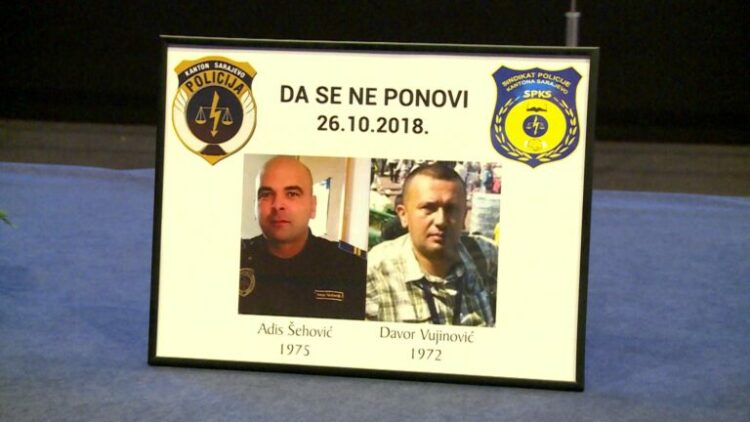 More than four years after the murder of police officers Adis Sehovic and Davor Vujinovic, Sarajevo Canton Prosecutor's Office issued indictment against three suspects charging them with the murders.

Sava Marinkovic, Aleksandar Macan and Marko Trifkovic are suspected of opening fire on the police officers on October 26, 2018 in Sarajevo's Alipasino Polje neighbourhood, afetr they were caught red-handed stealing a car.

The indictment is a result of a complex investigation that the Prosecutor's Office carried out in cooperation with the State Protection and Investigation Agency and Sarajevo Canton Ministry of Interior.

Entity police agencies of Federation and Republika Srpska as well as the State Intelligence-Security Agency actively participated in the investigation.

The prosecutors took mote than 2,500 actions of compiling documents and evidence in this case, and interrogated some 500 persons. They also carried out DNA, biological, ballistic and other examinations, and requested international assistance through Europol and Interpol agencies as well as competent authorities in the USA, France, Germany, Montenegro, Serbia, Croatia and Canada.

Some evidence was supported by the dana gained from the Sky and Anom applications that the prosecutor's office obtained through international assistance.

The indictment contains more than 400 pieces of evidence and it has been forwarded to the Sarajevo Canton Court for confirmation.

The Prosecutor's Office proposed extension of custody for the suspects.