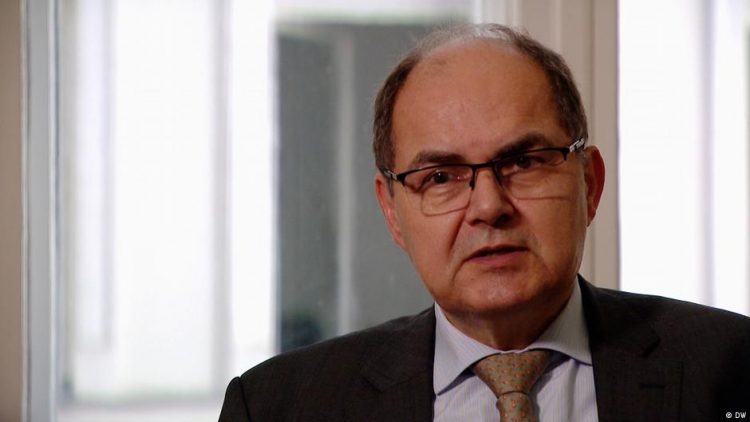 The High Representative in BiH, Christian Schmidt, told Deutsche Welle that in no case does he want to give the impression that he wants to divide BiH into different ethnic regions, stressing that the three percent threshold is not applicable and that he will try to find other solutions.

At the beginning of the interview, Schmidt explained why he imposed technical changes to the Election Law Wednesday.

“I made the decision based on two points. The Election Law for general and free elections in Bosnia and Herzegovina still needs to be improved when it comes to preventing electoral fraud. So when it comes to someone who falsifies the counting of votes, who spreads hate speech or tries to influence others, for example by oppression, and threats, that's where I increased the penalties in the Law. Also, the changes are in accordance with the requirements of the Organization of the Council of Europe and the Venice Commission, which had made proposals and they were actually supported by all the parties in BiH, as well as the European Union. And what happened then? Everyone supported them, but nothing changed. This attempt failed in Parliament. That's why I made this decision, now,” Schmidt told Deutsche Welle.

Speaking about some proposals that caused a lot of controversy in the BiH public and among parties and NGOs, Schmidt said that those were merely suggestions for further discussions and not the final decision.

“That was the basis for the discussion. I didn't decide on that. My decision is made when I put my signature on something. I haven't done that yet. There are two topics I want to say something about. We have a dramatic situation in the Federation of Bosnia and Herzegovina (FBiH) entity. There you have the government, the President and the Vice President. None were elected at all in the last four years because the election was blocked. The old President who was elected in 2014 is still there. There is also the Constitutional Court in the FBiH. How many judges are there? Nine. How many are elected? Five. Why is that? This is because the person who is the interim president (of the FBiH entity – op.ed.) or the acting president is not forwarding proposals for the appointment of judges to the Parliament, even though there are very good candidates. This means that in the true sense of the word there is a delay in the enforcement of the law for political tactical reasons,” Schmidt said.

He further stated that he did not make that decision because he wanted to give the political parties space to come to an agreement and that the period until the General Elections in October is reasonable.

“When it comes to another topic (the changes to the Electoral Law – op. ed.), we have a very complicated legal situation. We have delegates who are elected to the so-called House of Peoples, who must decide whether this or that law has violated the national interests of Serbs or Bosniaks or Croats, and who must also be elected. In places where, for example, Croats or Bosniaks live, there are huge tensions.
Twenty-four Croats live in the city of Gorazde out of 25,000 inhabitants. By the way, there weren't many more of them there even before the war. And then you have the canton of Mostar (Herzegovina-Neretva – op. ed.) where 120,000 Croats live. And they send three delegates, while Gorazde sends one. And one has to ask why is that so because the Court said that it cannot be completely like that. Unfortunately, the Parliament didn’t decide on this,” he said.

In no case do I want to give the impression that Bosnia and Herzegovina is being divided into different ethnic regions. No, for God's sake, I am here precisely to prevent that and to maintain the so-called territorial integrity,” the High Representative stressed.

He was asked what he specifically thinks about the three percent threshold mentioned in the documents published by the local media?

“I don't think it is applicable in that form. That is why we have to take another approach, in order to have proportionality on the one hand, and citizens’s understanding and support on the other. So, I'm taking my time to talk about it. Unfortunately, talks on the Electoral Process in recent years – or should I say in decades, have always been unsuccessful. I also don’t want to change the current Election Law, but my intention is to find the right way to solve these various minor problems, if I may say so. And here I can rely on my capabilities, which are given to me by the so-called Bonn powers if it the solution isn’t found in any other way,” Schmidt said, among other things.