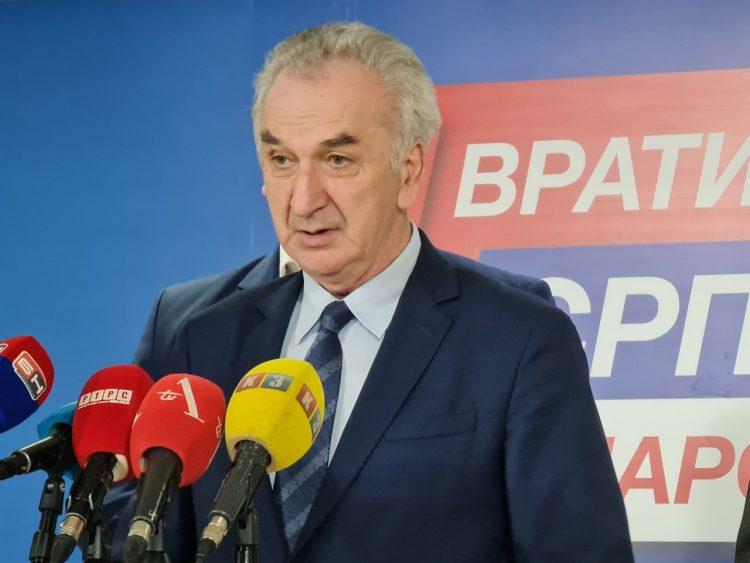 Mirko Sarovic, the leader of the Serb Democratic Party (SDS), one of the main opposition political parties in Bosnia's Serb-majority region Republika Srpska, confirmed his resignation from the post in a session of the SDS Main Board on Saturday and transferred all powers to Milan Milicevic, according to BN TV.

The same media outlet has learned that of all speakers in the session that commenced at 1 p.m. the high-ranking official Momcilo Mandic had the “most direct” presentation.

Reportedly, he said that “there is no government without the support of Belgrade” and that “Belgrade will not support the SDS while Mirko Sarovic is in charge.” According to the same source he was applauded for what he said.

Before that, according to BN sources, of all the speakers, Momčilo Mandić had the most direct presentation.

The Main Board also discussed the joint participation in government at the level of Bosnia and Herzegovina. It was concluded that these talks should continue and that the SDS can negotiate with all political entities in the Republika Srpska, one of two Bosnia's semi-autonomous regions, as well as in whole Bosnia and Herzegovina.

Mirko Sarovic earlier announced that he and whole leadership of the SDS resigned.