The Gipsy Kings are coming to Sarajevo 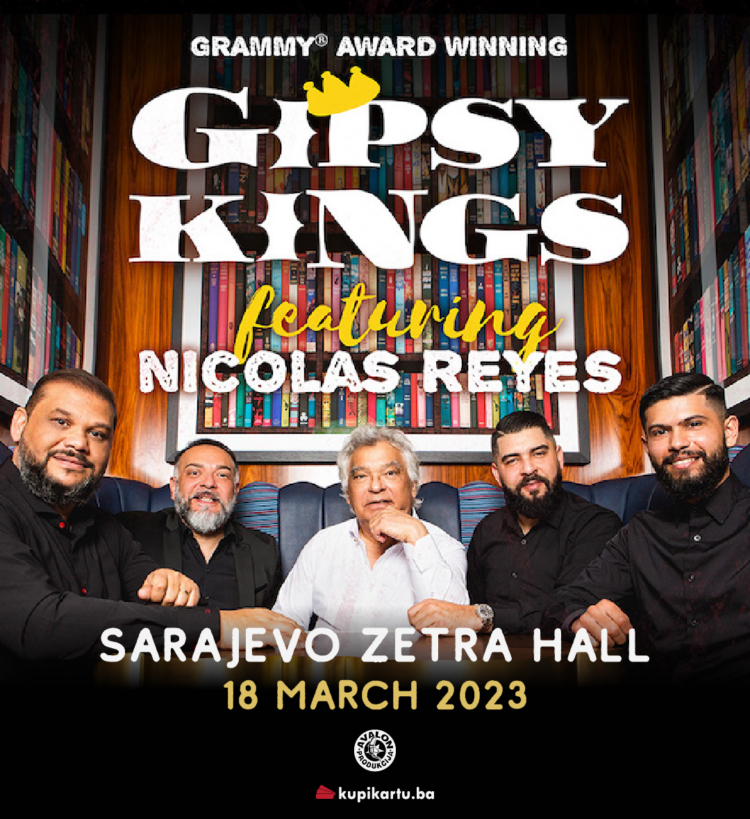 The world-renowned group Gipsy Kings will perform in Sarajevo for the first time on March 18, 2023, in the Zetra Olympic Hall.

The legendary band from France will be led by Nicolas Reyes, the lead vocalist who recorded the greatest hits of this unique band.

“I spent more than 90 days throughout 13 months working on the Sting concert in Sarajevo. Literally everywhere, in cafes, restaurants, taxis, I would hear the Gipsy Kings playing and Nicolas singing. I thought to myself, why not, let's bring them to Sarajevo when Sarajevo already loves them so much. They rarely perform anywhere, but when they do, it's serious American tours or big ethno-world festivals in Europe, so Sarajevo will get another serious musical spectacle to remember this time,” said Boban Miloseski, owner of the Avalon production company.

Tickets will be available for sale from December 7 via www.kupikartu.ba.