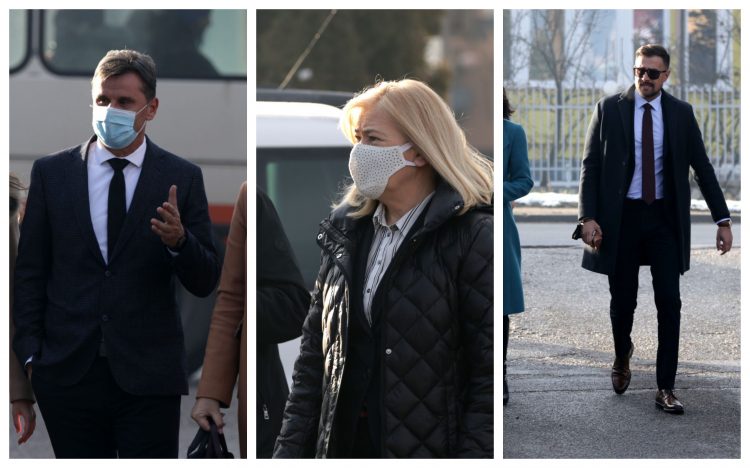 The Prime Minister of Bosnia’s Federation (FBiH) entity, his deputy, the former head of FBiH’s Civil Protection and a businessman who are facing numerous charges regarding the controversial procurement of 100 ventilators, which are allegedly overpriced and unfit for COVID-19 treatment, pleaded not guilty on Friday.

Fadil Novalic, the Prime Minister of the Federation of Bosnia and Herzegovina – one of the two country’s administrative regions – Fahrudin Solak, the former head of the FBiH Civil Protection Authority, and Fikret Hodzic and his company ‘Srebrena Malina’ (Silver Rasberry) stand accused of corruption, misuse of office, money laundering and document forgery, the State Prosecution Office said.

Novalic’s deputy Jelka Milicevic is accused of lack of commitment in office.

Reports about the multi-million contract authorities in the Bosnia’s Federation (FBiH) region granted to FH Srebrena Malina, a fruit processing company, to import 100 Chinese ventilators caused public outrage this summer and prompted an investigation into the procurement procedure by police and prosecutors.

Novalic is accused of having used the emergency as well as his position to develop a plan to illegally pay for the procurement of the ventilators and the equipment.

Fahrudin Solak, Fikret Hodzic and his company are believed to have joined his plan to procure the 100 ventilators for inflated prices.

According to prosecutors, the machines are useless for COVID-19 treatment.

These activities allegedly deprived the budget of funds and made it possible for the group to make a profit they would be able to share among themselves.

Milicevic is accused of making the deal possible and not preventing it.