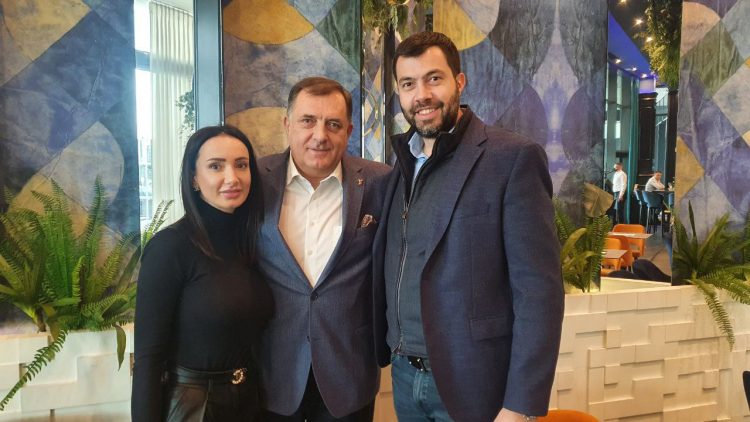 Transparency International in Bosnia and Herzegovina (TI BiH) filed a complaint with the Commission for Deciding on Conflicts of Interest against BiH Presidency member Milorad Dodik because his family-owned companies are conducting business with the state, thus receiving significant budget incentives, the TI BiH said Thursday.

According to the provisions of the Law on Conflict of Interest in BiH Government Institutions, elected officials and their close relatives should not be part of the management of any private company that enters into contracts or otherwise operates with budget-funded institutions at any level of government.
Considering that, Milorad Dodik's son and daughter own private companies that do business with public institutions, and according to the provisions of this Law, they are considered close relatives, the leading global anti-corruption organisation concluded that the BiH Presidency member is in a situation of conflict of interest.
“Namely, Article 8a of the Law prescribes that the engagement of close relatives of elected officials in companies that do business with the state leads to a situation in which these officials are in a conflict of interest. According to the data from the recent research of the Capital.ba portal, companies owned by the Dodik family received in 2021 some 370,000 Bosnian marks (approx. €189,000) from the Agrarian Budget and the Republika Srpska (RS) entity Compensation Fund. Specifically, according to the RS Agency for Agrarian Payments, in 2021 – legal entities ‘Fruit Eco’ from Gradiska, and ‘Agro voce’ and ‘Global Liberty’ from Laktasi, received aid to repair frost damage, support for the sale and produced fruit, regressed diesel fuel, anti-hail nets, etc.,” TI BiH stated.

They also add that the legal entity “Ugostiteljstvo Agape,” owned by Dodik's daughter, received jobs from the Catering Service of the Government of Republika Srpska in the past period in amounts exceeding the legally allowed threshold of 5,000 marks (some €2,500) annually.
“Therefore, we call on the Commission for Deciding on Conflicts of Interest of Bosnia and Herzegovina, whose work was often blocked due to political obstructions in the previous term, to conduct a procedure and examine the existence of conflicts of interest of one of the highest officials of BiH. We also call on the delegates in the House of Peoples of the BiH Parliamentary Assembly to end the obstruction of the adoption of the new Law on Conflict of Interest in BiH government institutions, which should ensure the independence of the Commission that will decide on conflicts of interest in the future,” TI BiH concluded.