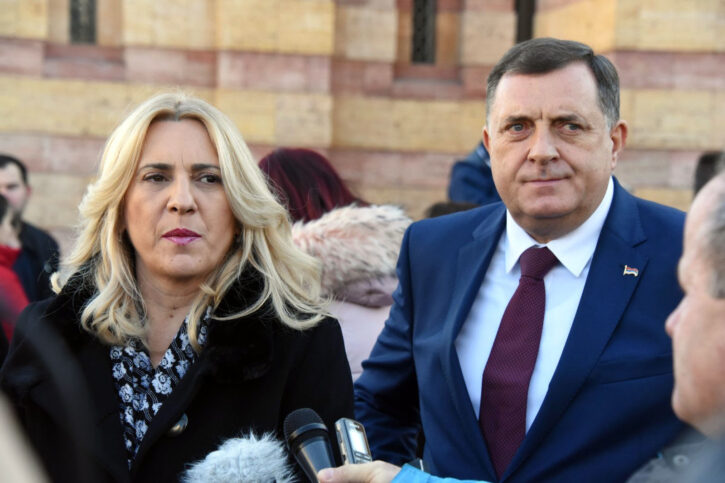 The UK Government has announced the first UK sanctions under the Bosnia and Herzegovina sanctions regime against tripartite BiH Presidency member Milorad Dodik, as well as the President of the country’s Republika Srpska (RS) entity, Zeljka Cvijanovic, for “undermining of the legitimacy and functionality of Bosnia and Herzegovina.”

UK sanctions mean that Dodik and Cvijanovic will be unable to travel to the UK or use or access any assets they may have in the UK.

“These two politicians are deliberately undermining the hard won peace in Bosnia and Herzegovina. Encouraged by Putin, their reckless behaviour threatens stability and security across the Western Balkans. With these tough sanctions we are showing that the enemies of peace will be held to account,” said the UK Foreign Secretary.

According to the press release, the sanctions regime allows the UK to designate individuals who:

– undermine or threaten the sovereignty, territorial integrity, international personality or constitutional order of Bosnia and Herzegovina,

– its peace, stability or security,

– obstruct the implementation of the General Framework Agreement for Peace in Bosnia and Herzegovina (GFAP),

– or any other action, policy or activity which undermines the GFAP.