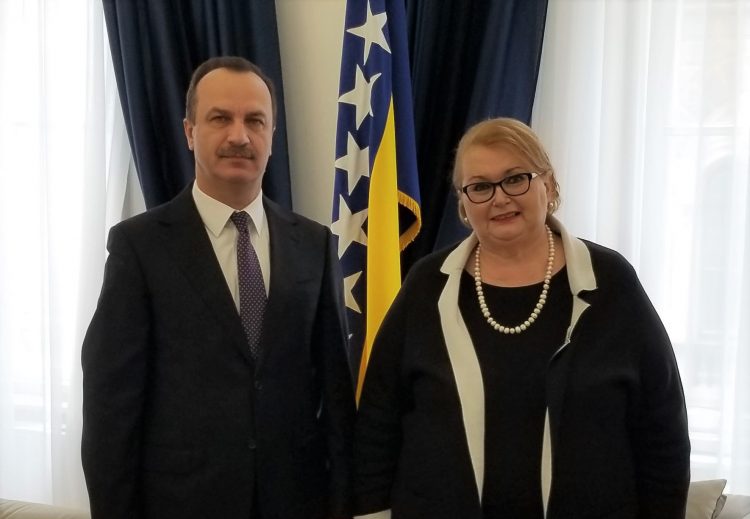 The problem of the controversial Orthodox icon Bosnia’s Presidency Chairman gave Russia’s Foreign Minister as a gift and which Ukraine claims is part of its cultural heritage, should be solved as soon as possible, Ukrainian Ambassador, Vasyl Kyrylych, told Bosnia’s Foreign Minister on Tuesday.

Ukraine has never issued a permit for the export of the icon, Kyrylych told Minister Bisera Turkovic and asked for Bosnian authorities to secure the icon and allow Ukrainian experts to probe and determine the circumstances related to the artefact together with Bosnian experts.

The scandal erupted when the Chairman and Serb member of the tripartite Presidency, Milorad Dodik, gave Russia’s Sergey Lavrov the allegedly 300-year-old gilded icon during Lavrov’s visit in December.

After it appeared in the media, the Ukrainian Embassy in Sarajevo sent a note to the BiH Ministry of Foreign Affairs asking for detailed information on the origin of what it suspects is a piece of Ukrainian cultural heritage.

Ukraine’s Ministry of Culture said the icon could have been illegally taken from the Russian-occupied Ukrainian city of Luhansk by mercenaries.

Bosnia’s Prosecutor’s Office meanwhile launched an investigation into the matter.

By the end of December, the icon was returned to Bosnia via the Bosnian ambassador in Moscow, per Russia’s request.