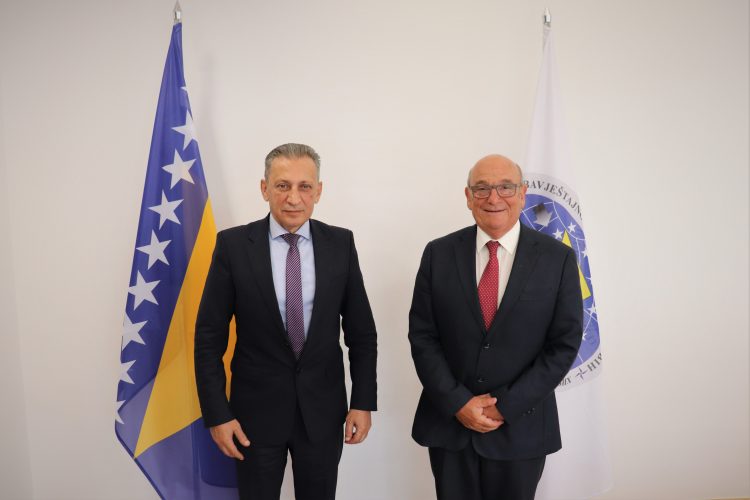 The Special Envoy of the United Kingdom for the Western Balkans, Sir Stuart Peach, visited the Intelligence and Security Agency of Bosnia and Herzegovina Wednesday and met with the Director-General of the Agency, Osman Mehmedagic.

Peach and Mehmedagic discussed the security situation in Bosnia and Herzegovina, among other things.