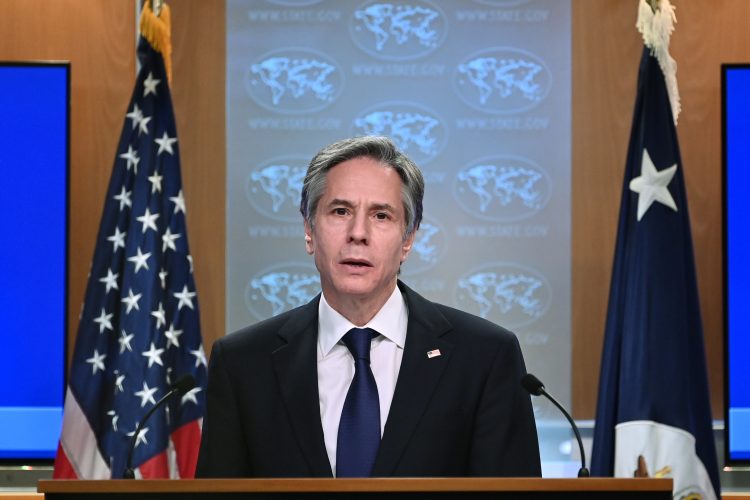 United States Secretary of State, Anthony Blinken, urged Bosnia’s three Presidency members in a letter to get engaged in the implementation of “limited constitutional change that is necessary to reform the electoral system consistent with the requirements of the European Union membership and the rulings of the European Courts.”

In his letter, Blinken noted that the 1995 Dayton Peace Agreement, which ended the Bosnian war and contains the country’s Constitution, created “a strong foundation on which Bosnia and Herzegovina was able to build, making it possible for the country to establish a viable path forward to eventual membership in the European Union and a deeper partnership with NATO.”

“It was understood from the beginning, however, that the constitutional arrangements established by the Dayton Peace Agreement were not carved in stone, and necessary changes would be made over time,” he wrote.

Blnken argued in the letter that some of the shortcomings of the BiH Constitution have been identified in rulings by the European Court of Human Rights. He gave the example of the ‘Sejdic-Finci’ case, which resulted in the European Court ruling that Bosnia’s election process is discriminatory against Bosnian citizens who are not members of the three majority ethnic groups.

“The problems can not be addressed by legislation alone. Limited constitutional change will be necessary to reform the electoral system consistent with the requirements of the European Union membership and the rulings of the European Courts,” he wrote.

Blinken stressed that the United States supports amendments to the Election Law in BiH to “address Constitutional Court decisions and implementation of election integrity measures that will make the next elections in 2022 the most free and fair in Bosnia and Herzegovina’s history.”

He called the year 2021 “a year of opportunity,” since there are no elections taking place that would “distract political leaders from the responsibility of negotiating the required changes.”

Blinken named the last year’s agreement that resulted in the city of Mostar holding its first local election since 2008  an example which shows that “parties are capable of taking on and resolving difficult and complex problems through compromise and careful, step-by-step negotiations.”

“I know there are voices in Bosnia and Herzegovina calling for patience rather than urgency, including some who believe the United States and our European Partners are preparing a “Dayton II” to fundamentally reshape the power-sharing arrangements in the Dayton Peace Agreement. We have seen earlier reform efforts fail in Bosnia and Herzegovina, however, by trying to do too much at once,” he wrote.

“The United States believes we should be focused on implementing limited but significant constitutional, electoral, rule of law and economic reforms to ensure the rights of all citizens in the electoral process, improve judicial integrity, reduce the scope for corruption, enhance economic recovery, and begin to restore citizen confidence. This is an achievable goal, requiring only the political will to push ahead with necessary compromises.”

“Your leadership will be essential to a serious, credible process. The United States will be a partner in this effort, but it is the leaders in Bosnia and Herzegovina who will have to do the hard work,” he wrote to the Presidency members, urging them to “engage in this process seriously, to give these issues the attention they deserve, and to be courageous in seeking compromise.”

“I look forward to working with you and the Government of Bosnia and Herzegovina to deepen our partnership and advance mutual interests. The United States remains your closest friend and strongest advocate,” the letter concluded.