Second day of EYOF 2019: Good vibes on the mountains around Sarajevo 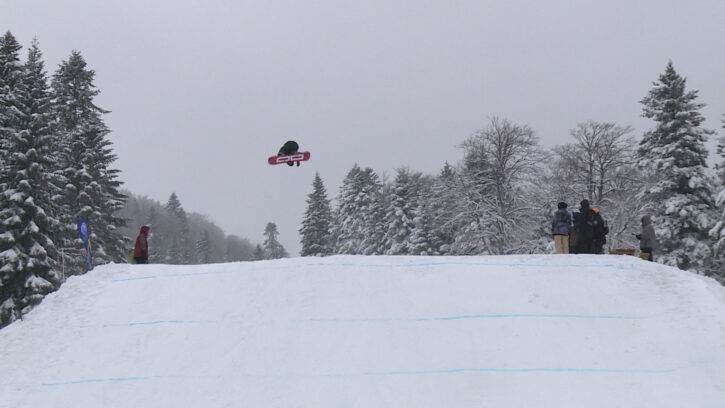 Austrian Joshua Sturm took the gold in the slalom on Mt. Jahorina and Russia’s hockey team beat Switzerland on the second day of the European Youth Olympic Festival which kicked off on Sunday evening in Sarajevo.

Snowboarding and cross country skiing competitions were held at the Bjelasnica and Igman mountains where athletes and fans said they are happy with the conditions and the organisation.

“We are having a great time, we have new snow today and everything is beautiful. And we hope for great results,” said a snowboarding coach from Finland.

“We are enjoying ourselves, that’s for sure. We met a lot of kind people, everyone is forthcoming, they are helping us with everything, it is great,” a coach from Italy added.

Many parents of the competing athletes have also come to Sarajevo to support their children.

“I am here with my husband, we came to support our son who is in the Norwegian snowboarding team,” said one of them.

“We are here for the first time. It is great, until now we’ve only seen this mountain, but next time we will bring our skis and try to ski,” said a tourist.

“Up until now, it was great. We root for Great Britain, but also for Bosnia and Herzegovina,” said another one.

The organisers said that everything is going according to plan and that the skiing path is great.

“None of the coaches had any objections to the path,” said Mirza Piric, who manages the snowboarding competition.

“They are very grateful to our team for the path being prepared in such a good way and they were truly happy about the conditions and what we have to offer here,” he said.

Of the 92 competitors, four were representing Bosnia.

“This is the second gold medal for me and I am very happy. I did not expect this, but I am very satisfied,” Weber told N1.

Although the weather conditions were not ideal, no competitions on Igman were postponed.

“It was raining all day and there were strong winds the night before which destroyed our path,” said Benjamin Godinjak who manages the cross country skiing competition.

However, his team managed to fix it well enough for the competition to take place, he said.

Figure skating, alpine skiing and biathlon competitions are scheduled for Thursday, as well as ice hockey matches between Belarus and Finland and between Switzerland and the Czech Republic.