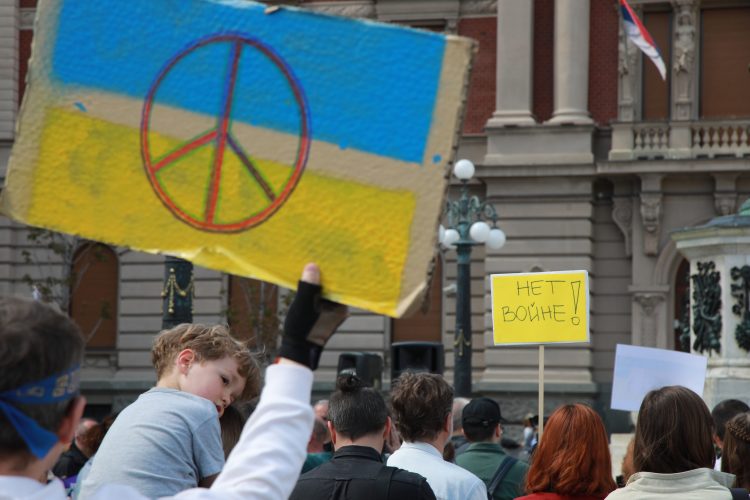 An anti-war protest was staged in central Belgrade on Wednesday evening following Russian President Vladimir Putin’s decision to mobilize reserves for the war in Ukraine.

The protest was organized by the Russians, Ukrainians, Serbs and Belarussians Against War Movement.

Reports said that the crowd carried banners in Serbian and English saying Putin is a Killer and Stop the War in Ukraine. The protesters marched through central Belgrade’s pedestrian Knez Mihailova street ending up in front of the Hotel Moskva on Terazije square.