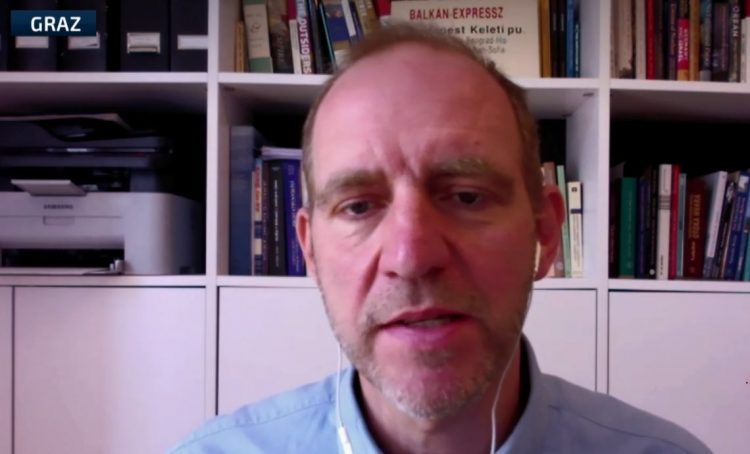 The controversial alleged Slovenian ‘non-paper’ on changing borders in the Western Balkans is not a realistic proposal but the ideas it contains are so dangerous that the EU must strongly react to it, Balkans expert, Florian Bieber, told N1.

Bieber, Professor of Southeast European History and Politics and Director of the Centre for Southeast European Studies at the University of Graz in Austria, spoke about a document that caused an uproar in Bosnia after it was published last week by the Slovenian news portal necenzurirano.si.

It proposes Kosovo joining Albania and annexing parts of Bosnia’s Serb-dominated Republika Srpska (RS) entity to Serbia while the country’s mostly Croat-populated parts would be annexed to Croatia.

It is unclear who authored the document but according to the Slovenian news portal, the country’s PM, Janez Jansa, sent the document to Brussels.

Jansa, however, denies this.

“The message of the non-paper is clear. It is a message that rejects the consensus of the European country towards the Western Balkans, to respect the existing borders, not to create ethnic states, and all this has been the dominant policy since the early 1990s,” Bieber said, arguing that proposing the establishment of borders based on ethnicity is “very dangerous as a message.”

He stressed that the EU must strongly react because of the content of the controversial document and make it clear that such proposals are unacceptable.

The 1995 Dayton Peace Agreement clearly prohibits border changes and in order to change that, “all sides” must agree to it.

“I don’t see any readiness of important actors in Europe and America to go that direction, because that would open up issues that cannot be solved in a simple way,” he said, explaining that this would be an “impossible and undesirable task.”

He argued that the talks about changing the borders between Kosovo and Serbia were less problematic at the time because the idea was for both sides to come to an agreement.

But even then Germany was strongly opposed to such an idea “because it leads to a series of problematic issues,” Bieber explained.

Bieber argued that it is important to note that such ideas were more likely to be accepted during the US presidential mandate of Donald Trump and that this would likely also be the case for the controversial non-paper.

“If Trump was still the president in America, the international framework would be much worse and that plan might have the support of America,” he said.

However, the document, in the end, benefits the ruling parties in Bosnia, Bieber said, arguing that some of them are now using the opportunity to speak about defending the country while others are using it as encouragement for policies of division.

“It is a sad cycle in BiH to constantly repeat stories that do not improve the lives of citizens,” he said, arguing that political leaders should rather focus on the issues of the pandemic, economy, long-term development and others.