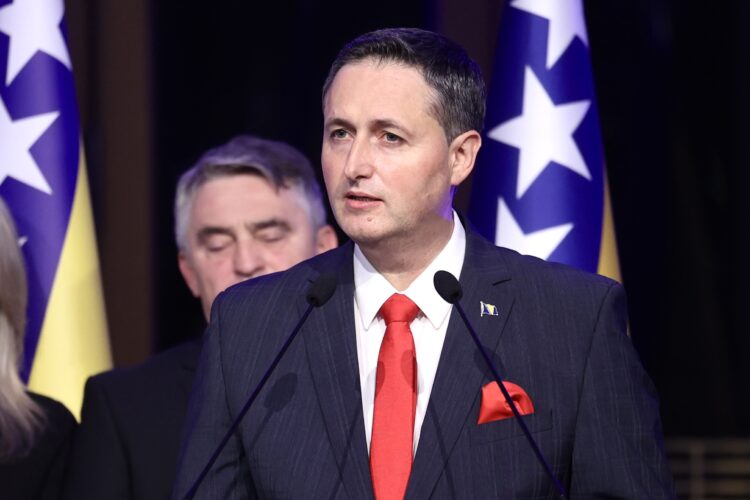 BiH Presidency member, Denis Becirovic, reacted to statements made by Milorad Dodik, the President of Bosnia's Republika Srpska (RS) entity, regarding participation in the EU-Western Balkans summit, saying that the RS does not have the authority to decide on BiH’s foreign policy.

Dodik said on Sunday that he would align his stance with Serbian President Aleksandar Vucic on participation in the EU-Western Balkans summit in Tirana on Tuesday.

However, according to Becirovic, this statement is “baseless.”

He stressed that neighbouring countries will never be able to decide on the foreign policy of the state of Bosnia and Herzegovina.

“Unfounded views and unauthorized interference of Milorad Dodik in matters that are not within his jurisdiction have no legal force. Any harmonization of views between the president of BiH's entity of the RS and the president of Serbia has no reflection on the decision of the state of Bosnia and Herzegovina”, he added.

Becirovic also pointed out that Dodik and the RS entity are not participating in the summit in any format, so it is pointless to even mention the entity's views in that context.

“The BiH Presidency made a decision, by which it accepted the invitation to participate in the EU-Western Balkans Summit, and agreed on who should represent Bosnia and Herzegovina,” said Becirovic.