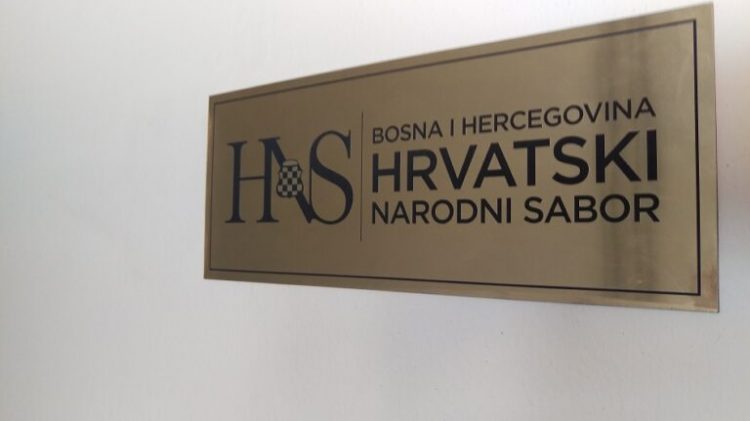 The umbrella organisation of Croat ethnic parties in Bosnia and Herzegovina, the Croat National Assembly (HNS BiH), said that the High Representative in BiH submitted to “unprecedented war-mongering pressure” by Bosniaks and missed an opportunity to impose electoral reforms, adding that one can only guess “the scale of the political crisis after the elections.”

The HNS said that the Office of the High Representative (OHR) had an opportunity to fully implement the Decision of the Constitutional Court of Bosnia and Herzegovina in the Ljubic case in addition to the imposed decisions regarding the financing of the elections, which would invalidate the “unconstitutional decisions of the previous representatives of the OHR” and “contribute to the consolidation of inter-ethnic relations during the elections.”

“After all the open attacks and uncivilized hate speech, it is clear that the OHR institutions cannot perform their basic duties in an environment based on a militant unitarian logic and a war-oriented environment,” the HNS said.

Last week, N1 broke the story that, according to diplomatic sources, High Representative Christian Schmidt plans to use his ‘Bonn Powers’ to impose measures to secure the re-functioning of Bosnia’s Federation (FBiH) by August 1. The draft decision contains changes to the Election Law.

While Schmidt’s plan was welcomed by Bosnian Croat political parties, most notably the Croat Democratic Union (HDZ BiH), opponents argue the changes would lead to further systematic divisions in the country based on ethnicity.

The decision prompted thousands of Bosnians to protest in front of the Office of the High Representative.

On Wednesday, Schmidt imposed a set of technical changes to the BiH Election Law concerning the integrity of the electoral process in the country.

According to leaders of political parties in FBiH, who met with Schmidt before the decision was announced, the international official told them he will give the parties another chance to reach an agreement on electoral reform. They said Schmidt left the option of imposing more comprehensive electoral reform open if the parties fail to reach an agreement.

“Once again, we condemn the unprecedented amount of hatred, calls for violence and war rhetoric that we have all heard these days from representatives of Bosniak political parties who are also the organizers of the protests in Sarajevo,” the statement by the HNS said.

“HNS considers the deafening silence of international organizations and representatives present in Bosnia and Herzegovina to be unacceptable regarding the threats addressed to the entire Croat people and their representatives,” it said.

The organisation said it will determine its further positions at an extraordinary extended session.