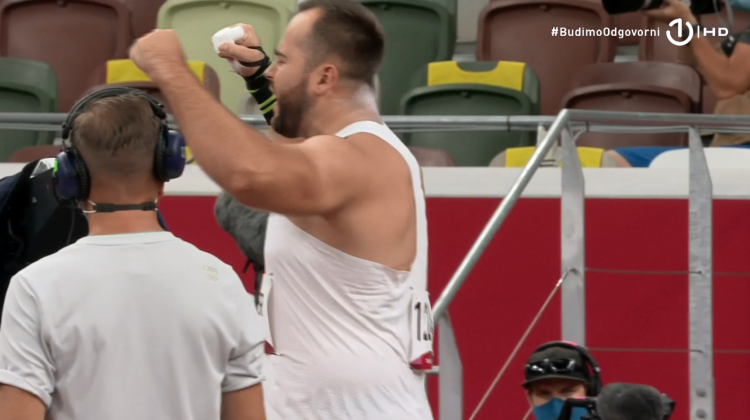 Bosnian best shot putter Mesud Pezer qualified on Tuesday for the Olympic Games finals as the third best athlete in his group.

Pezer has thus become the second Bosnian who will compete this week for the Olympic medal in Tokyo.

“I am so happy for my Bosnians and Herzegovinians and making their day, and because the Bosnian flag will be displayed in the finals of the shot put discipline in Tokyo. And in the finals, anything is possible,” said Pezer.

In the first attempt, Pezer threw 20.41 metres, which was insufficient to advance for the finals but in the second attempt he threw 21.33 metres, which was the third best performance in his group after New Zealand's Thomas Walsh (21-49) and American Ryan Crouser (22.05).

Pezer holds a national record in the shot put discipline and he represented the country in the 2016 Olympics but but failed to advance to the finals.