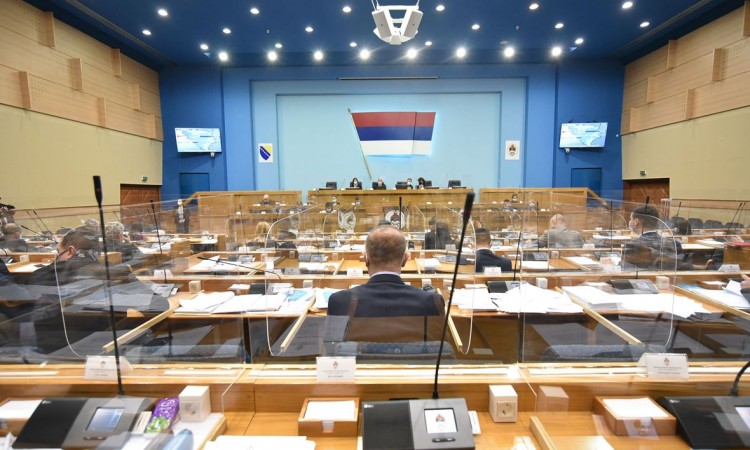 Entity parliament of Republika Srpska, Bosnia's Serb-majority region, passed a set of conclusions in a special session on Friday, making a step further towards the transfer of competencies from the state level to the entity level.

The MPs discussed whether to start the process of unilaterally taking back competencies that were transferred to the state level through post-war reforms in BiH.

Those reforms led to the establishment of numerous key state institutions, including the army, judicial institutions and indirect taxation authority.

Although the opposition joined Dodik in boycotting the work of the state-level institutions over Inzko's law, they expressed concerns about the vote in the entity parliament, warning it would increase tensions in the country.

Similarly, the conclusions concerning the defence and security sectors, tasked the RS Government to send to parliamentary procedure within a six-month period a law treating these sectors at the entity level, while the Law on Defence of BiH, Law on Service in Armed Forces of BiH, Law on Intelligence-Security Service and Law on State Investigation and Protection Agency will not be applied in RS as of the day when the entity-level laws come into force.

Finally, the conclusion on indirect taxation tasked the RS Government to draft a law on added value and law on excises of RS and send it to parliamentary procedure within six months, while the state-level laws will not be applied in RS as of the day when the entity-level laws come into force.

The conclusions that were passed at the proposal of the RS President, the RS Government, the Serb member of Bosnia's tripartite Presidency and the ruling coalition in RS will come into effect a day after their adoption.