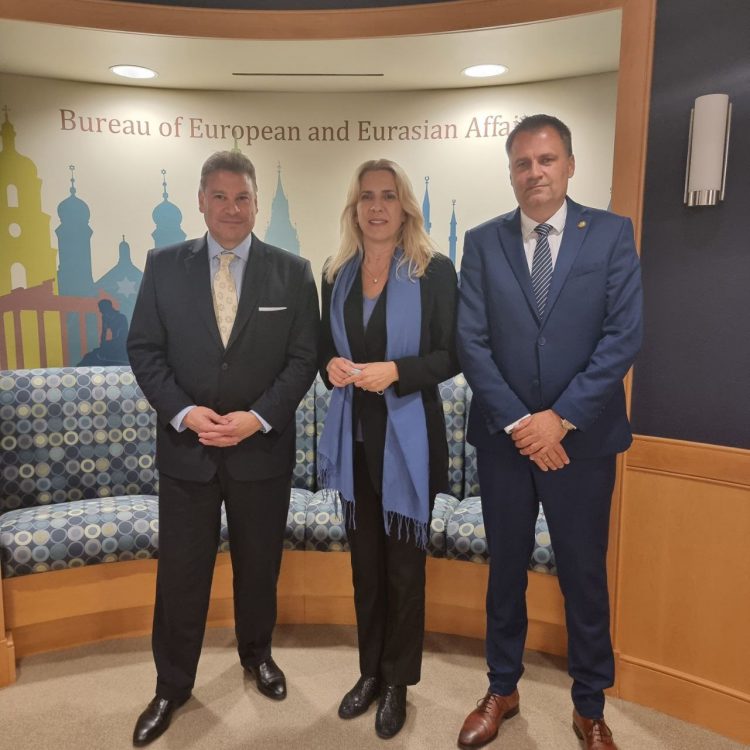 The President of Bosnia’s Serb-dominated Republika Srpska (RS) entity, Zeljka Cvijanovic met with the US President's Special Representative for the Western Balkans Gabriel Escobar in Washington, on Thursday and stressed the need for a "balanced approach to BiH and the interests of all three constituent peoples," adding that this was the only way to ensure a stable and prosperous future.

During the meeting, Cvijanovic expressed support for the “Open Balkans” initiative, as well as stronger economic cooperation between the countries of the region.

The interlocutors exchanged opinions on the current political and economic situation in the country and the entity, as well as on the possibilities of strengthening cooperation, the RS President0s Cabinet announced.

At a separate meeting with the US envoy for electoral reforms in BiH Matthew Palmer, the reforms of the electoral legislation in BiH was discussed, and Cvijanovic reiterated the entity’s views on this issue, emphasizing the need to ensure “legitimate representation” of all constituent peoples and the need of reaching an agreement between the partners in Bosnia’s Bosniak-Croat shared Federation (FBiH) entity.