Canak: Balkan states are tokens in poker game between NATO and Russia 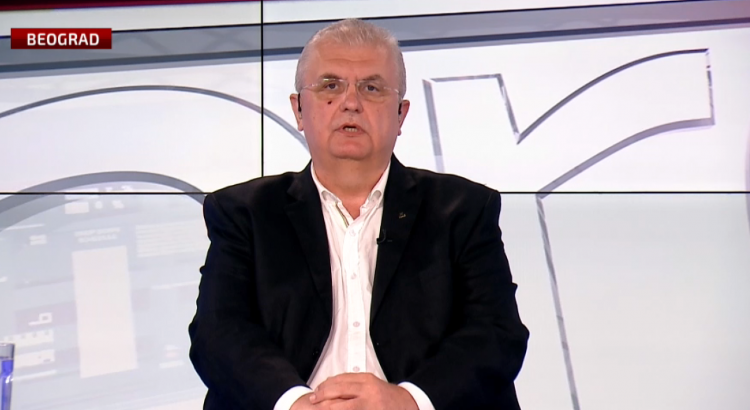 Russia is doing everything in its power for the people in the Balkans to fight among each other so it could divert the world’s attention from their own evil doings, the leader of the Vojvodina Social Democratic League from Serbia, Nenad Canak, told N1 Wednesday evening, adding that Russia has no interest in the Balkans.

In his opinion, the recent wave of bomb threats that occurred all over Serbia and the Sarajevo Canton was orchestrated by Russia so it could make new hot spots after the invasion of Ukraine.

“What do you mean you can't see the links when the whole region, the whole of Yugoslavia, except Slovenia, because it's a different story, everything else is a system of connected vessels and something can't happen in one place without giving positive or negative results, unfortunately usually negative, in other parts of the region as well. It is completely clear that at this moment, Vladimir V. Putin's Russia needs to open new hotspots and create new problems,” Canak said.

“Putin’s Russia is that Hitler’s Germany was 100 years ago – its an enemy of the civilization,” Canak stressed.

In his opinion, the Balkan states are tokens in a poker game between Russia and the West.

“I’ll leave the Balkans alone and won’t set it on fire, in return you’ll give me the Crimea and Donbas,” Canak said.

When asked if the Balkan region will be the place of a new Donbas-like scenario, the leader of the Social Democratic League said not quite.

“We have a strategic position not to border with Russia so they can't bring their tanks, that's why we are relatively safe, but that doesn't mean we don't have enough internal Russian agents, especially in northeastern BiH and some parts of Serbia who can create internal problems,” Canak pointed out.

He believes that it is in Russia's interest to make a mess in the territory of BiH, Serbia and Kosovo in order for NATO to react, and then conclude an agreement with NATO.

“I know that Milorad Dodik has a villa in Belgrade, but it will only be his way station before he arrives in Moscow when the time comes,” said Canak.