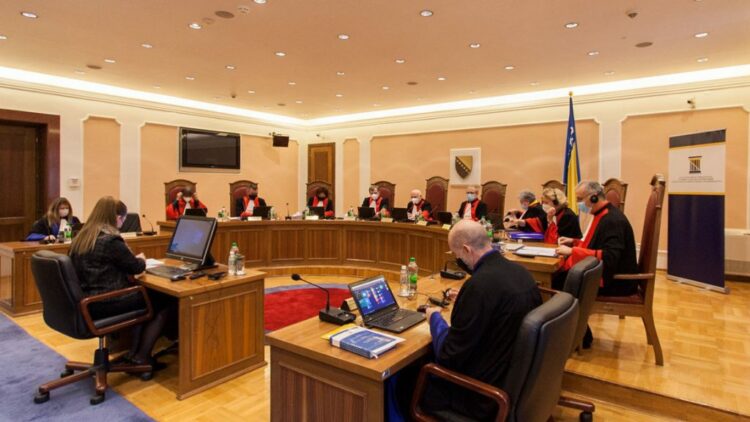 Bosnia’s Constitutional Court ruled that the Law on Medicines and Medical Devices and the amendments to the Law on the Administration in BiH’s Republika Srpska (RS) entity are unconstitutional.

The decision comes after the former Bosniak member of BiH’s Presidency, Sefik Dzaferovic, asked the court to review whether the laws are in line with the BiH Constitution.

The RS Law on Medicines and Medical Devices, which the RS Government adopted in February after it passed in the RS National Assembly, came into force on June 28. With this law, the RS began the process of establishing its own, separate Agency for medicinal products and medical devices.

It was part of a wider initiative by the Bosnian Serb member of BiH’s tripartite Presidency, Milorad Dodik.

The Court said that it abolished the laws as it “determined that the cited laws were not in accordance with Art. I/2. and III/3.b) of the Constitution of Bosnia and Herzegovina”.

Rulings of the Constitutional Court of Bosnia and Herzegovina are final and binding.

The decision prompted a reaction by the RS Health Ministry, which said in a statement that “the institutions of the Republika Srpska have repeatedly emphasized that any decisions of the Constitutional Court of BiH cannot affect the fact that the field of health care is within the jurisdiction of the Republika Srpska, to which all state functions and competencies belong, except for those expressly entrusted to state institutions by the Constitution of BiH, and Article III of the Constitution of BiH does not include the health care sector.”

The Ministry said that at the time of the adoption of the RS Law on Medicines and Medical Devices, “the clear intention of the institutions of Republika Srpska was to adequately protect the health of the population in a difficult and challenging situation of unjustified fear, uncertainty and lack of any support for the well-being of the population, and recognizing the fact that the drug market is a complex area that requires responsible and thorough decisions.”

It said that the RS Government is doing everything possible to provide all that is necessary for the functioning of the health system of Republika Srpska, “which it will continue to do in the future.”

“We remind you that even in the extraordinary circumstances of the coronavirus pandemic, no patient in Republika Srpska was left uncared for, health workers had sufficient quantities of protective equipment, medicines, etc. at all times, and we acquired the first vaccines at the moment when we stopped relying on arrangements in within the framework of Bosnia and Herzegovina”, the statement reads.