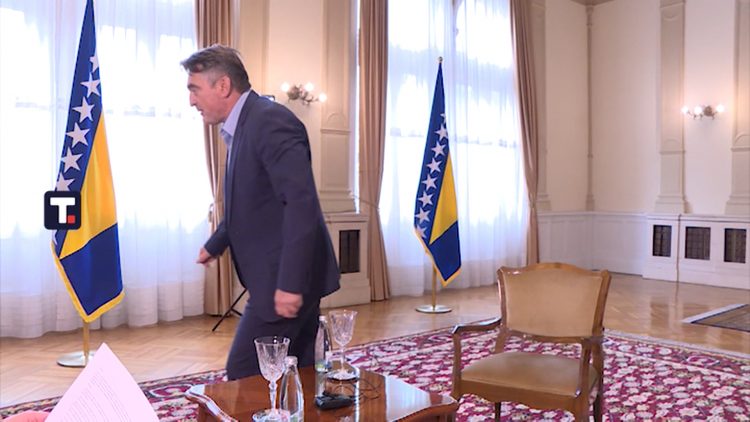 The Institute for the Research of Genocide from Canada (IGK) filed a criminal complaint with the Bosnian Prosecution against Tanjug journalist Marko Ivas for denying the 1995 Srebrenica genocide during an interview with the Bosnian Croat Presidency member Zeljko Komsic, the Institute said Wednesday.

Tanjug journalist Marko Ivas denied the genocide in Srebrenica in the office of the Chairman of the Presidency of Bosnia and Herzegovina, Zeljko Komsic, in Sarajevo on November 9, 2021, as determined by final verdicts of international and national courts, thus committing a criminal act from Article 145a paragraph (3) of the BiH Criminal Code (Law on Amendments to the Criminal Code of BiH published in the “Official Gazette of BiH”, No. 46/21),” the Institute said in their statement.

As evidence of their allegations, the IGK submitted material evidence from the media which clearly and unequivocally shows the denial of the genocide in Srebrenica, which is a criminal offence in Bosnia.

The BiH Presidency Chairman Komsic stopped the interview with Tanjug after the journalist called the Srebrenica genocide a “terrible crime,” noting that he disagrees with the International Court in the Hague’s decision.