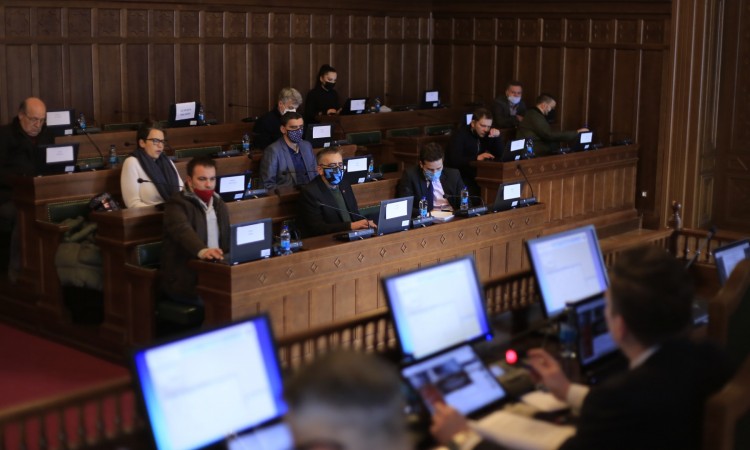 The session began with the adoption of decisions on awarding Academician Josip Muselimovic with the said recognition, at the proposal of the Center for Peace and Multiethnic Cooperation Mostar.

The Council then awarded Ambassador Diego Enrique Arria Salicetti and prof. dr. Robert J. Donia the “Honorary Citizen of the City of Sarajevo” recognitions at the suggestion of the Council of the Congress of Bosniak Intellectuals and the Association for Modern History UMHIS.

At the proposal of the Dogs Trust Foundation, the recognition “Plaque of the City of Sarajevo” was awarded to prof. Selma Filipovic, and at the suggestion of city councillors Srdjan Srdic and Alma Jasarevic, the “Graham Bamford” award was given to Adnan Hadziahmetovic.