Dismissed Srebrenica Assembly Head: They tried to portray me as a hater of Serbs 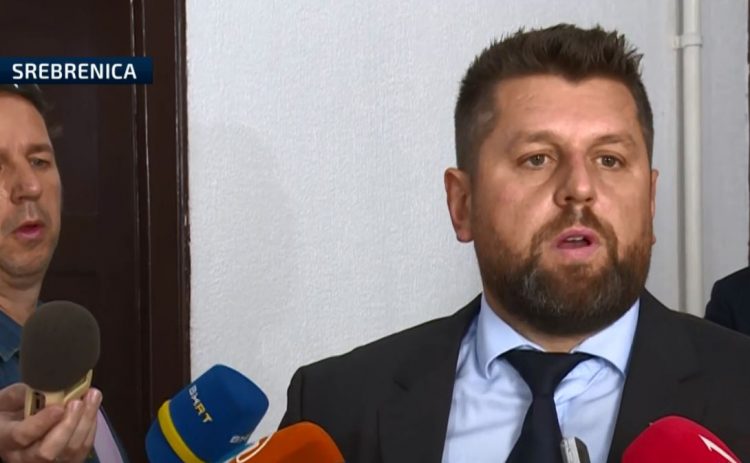 Camil Durakovic, who was dismissed from the post of Srebrenica Assembly President on Thursday, told the media that the move was made in order to portray him as a “hater of Serbs” and that the will of Bosniaks is not being respected in the institution.

The Assembly dismissed Durakovic for “inappropriate behaviour” and elected Salko Tursunovic to replace him.

He was allegedly dismissed over statements he made as an official of the Assembly, and for violating the rules of procedure.
The Vice President of the Assembly, Radomir Pavlovic, told the Srna news agency that 15 councillors voted for the dismissal, while one voted against it.

“What is our legitimate will is simply not respected in this local legislature. In this regard, we left the assembly. Our club will determine our further activities. Everything was expected, everything was known, nothing new happened,” Durakovic said.

“They will probably continue to work, but as far as we Bosniaks are concerned, we will not continue working in these conditions, because this is primarily a political circus, the imposition of representatives on another political bloc,” he said.

“This position belongs to Bosniaks by law and not by the legitimate will of the Serb parties that have a majority in the assembly,” he added.

Meanwhile, Srebrenica Mayor, Mladen Grujicic, told the media that the local Assembly will continue working as usual.
He said that Bosniak representatives behaved irresponsibly when they left the session.

“Because after every problem, they leave the Assembly,” he said, adding that “this approach does not suit people who are elected by one of the peoples who expect them to solve problems.”

“The citizens of Srebrenica should condemn this behaviour. You cannot behave like irresponsible children who do not want to play if it is not on their terms,” said Grujicic.