Dodik: RS entity will not agree to Bosnia joining NATO 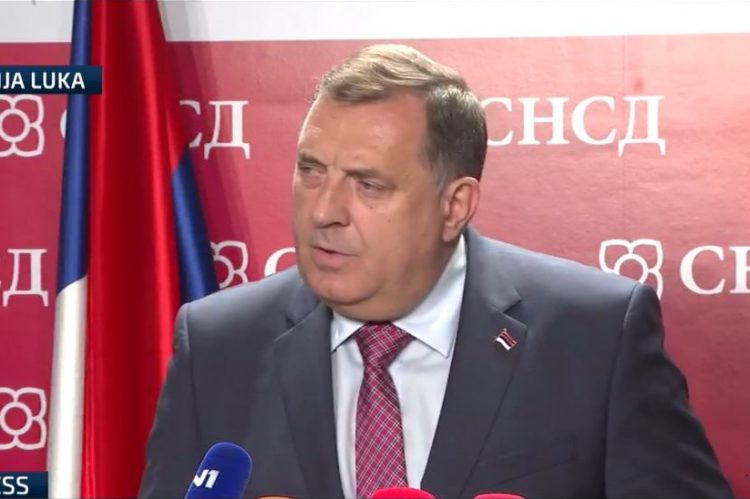 Bosnia’s Republika Srpska (RS) entity will not give up on its principle of military neutrality and there is no way it will agree to the country becoming a full NATO member, the Chairman and Serb member of Bosnia’s tripartite Presidency, Milorad Dodik, said on Sunday.

In line with most Bosnian Serb politicians, Dodik has been a fierce opponent to Bosnia joining the alliance and said he will block any attempt of it happening.

Dodik, who is also the leader of the ruling party in the Serb-majority RS entity, noted that the RS declared military neutrality in 2017 and will stick by that decision.

“We had the courage to make that declaration, and we from Republika Srpska are acting in full coordination on that declaration of the RS National Assembly,” he told reporters in Bijeljina.

Earlier on Sunday, Bosnia’s Defence Minister, Sifet Podzic, said the country was “the final step before full membership” in the alliance as it is in the Membership Action Plan (MAP).

Dodik argued that a recent NATO declaration states that Georgia, Ukraine and some other countries are in the process of cooperation with NATO, as opposed to not integration.

He said that if BiH, or Bosnia’s other semi-autonomous entity, the Federation (FBiH), want to enter the alliance, “let’s see how they will do it without us.”