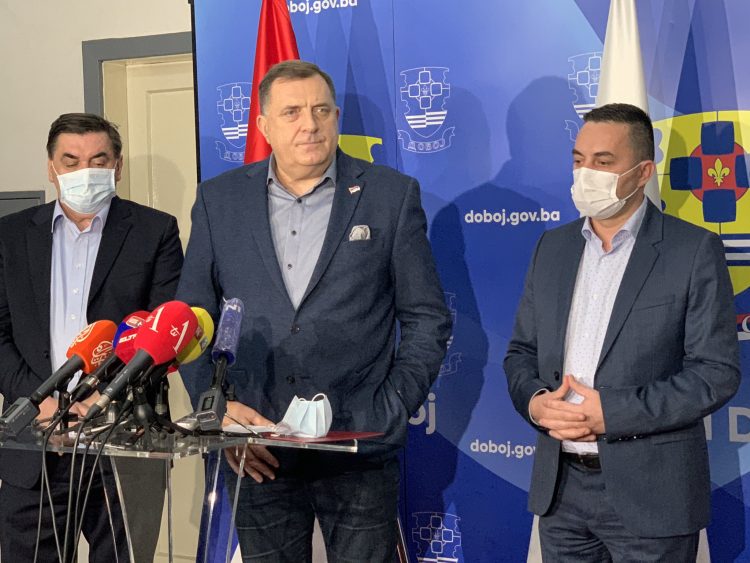 The Thursday decision by Bosnia’s election authority to annul the November 2020 election results in the towns of Doboj and Srebrenica was illegal and planned by Bosniaks, said the country's tripartite Presidency Chairman and its Serb member, Milorad Dodik, as he announced that his party will start working on preventing the 2022 local election in BiH’s Serb-majority Republika Srpska (RS) entity.

Dodik, who is the leader of the ruling party in the semi-autonomous RS entity, discussed the decision with Boris Jerinic, a member of his party who won the mayoral post. His mandate was, however, not confirmed due to the CEC decision.

Dodik argued that the CEC members “were not elected according to the law” and that they adopted illegal decisions, one of which was the latest one regarding the local elections in the two towns.

He stressed that the CEC did not annul any election results in places where predominantly Bosniaks live but that it decided to do so in Serb-majority areas only.

“There is an attempt to impose the idea that we don’t respect the processes. This is directly in the function of Bosniak politics and political Sarajevo, which wants to create such relations,” he said.

“All our civil voting rights have been violated in Srebrenica and Doboj,” he added.

Dodik argued that there were also objections to the election process in municipalities in the other entity, the Federation (FBiH), and the local election results were not annulled there.

He accused leaders of two Bosnian Serb opposition parties who called for the annulment of the Doboj election results, Mirko Sarovic and Branislav Borenovic, of reaching an agreement with “Muslims in Sarajevo” on the matter.

Dodik said his Alliance of Independent Social Democrats (SNSD) will appeal the CEC decision in court and that Republika Srpska “must not give up its right to its status.”

“The SNSD will start activities to prevent the elections in 2022 on the territory of RS,” he said.