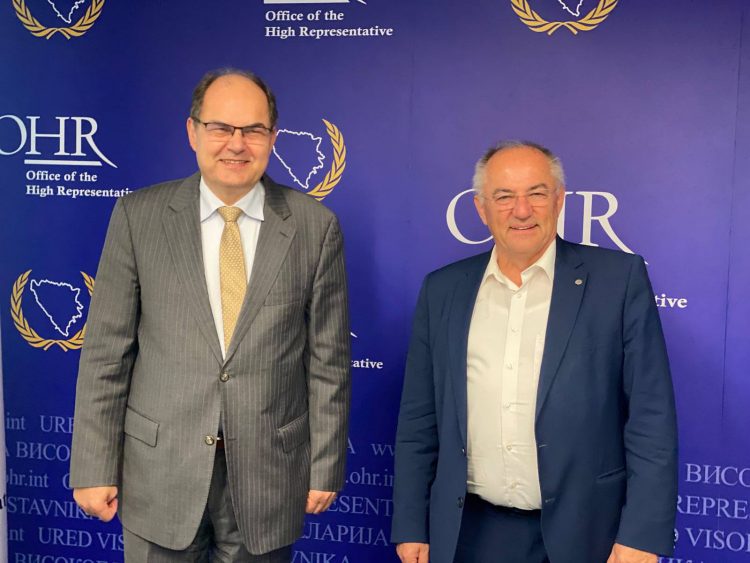 German Bundestag MP Josip Juratovic tweeted Friday that he was horrified by the fact that "certain colleagues are backstabbing the High Representative in BiH, Christian Schmidt".

Juratovic, a representative of the Social Democratic Party of Germany, believes that Schmidt is doing his job in BiH correctly, calling and forcing politicians in the country to do their job in order for the state to function.

“Our solidarity should be unmistakably linked with the OHR and the anti-nationalist forces, as was decided a few weeks ago, instead of supporting the politically staged demonstrations against Schmidt that were abused by the nationalists,” Josip Juratovic wrote on his official Twitter account.