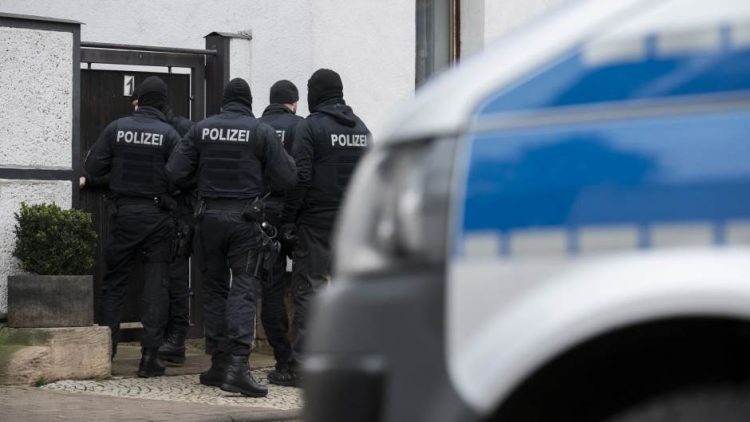 German officials arrested 22 suspected members and three suspected supporters of a far-right terrorist organization across the country on Wednesday on suspicion of plotting to overthrow the government.

A former far-right member of the Bundestag, Germany’s lower house of parliament, is connected to the plot, according to reporting by German public broadcaster ARD.

In a statement, the German federal prosecutor’s office said an estimated 50 people were suspected to have been part of the group called Reich Citizens movement, founded no later than November 2021, who were plotting to overthrow the government and replace it with their own order.

“The accused are united by a deep rejection of state institutions and the free democratic basic order of the Federal Republic of Germany, which over time has led to their decision to participate in their violent elimination and to engage in concrete preparatory actions for this purpose,” the statement said.

“The members of the group follow a conglomerate of conspiracy myths consisting of narratives of the so-called Reichsbürger as well as QAnon ideology.”

The prosecutor’s statement identified one of the suspects as Birgit M.W., and ARD’s Tagesschau news reports that the individual’s full name is Birgit Malsack-Winkemann, who served as a member of the Bundestag representing the far-right Alternative for Germany (AfD) party from 2017 to 2021. Since the beginning of this year, she has been working as a judge at the Berlin district court, according to ARD’s Rundfunk Berlin-Brandenburg.

German Minister of Justice Marco Buschmann said on Wednesday that “democracy is defensible,” adding a “major anti-terror operation” has been underway since this morning.

“The Federal Public Prosecutor is investigating a suspected terrorist network from the Reich citizen milieu,” Buschmann said on Twitter.

“There are suspicions that an armed attack on constitutional organs was planned.”

The federal prosecutor’s office said the raids are continuing and are directed against a further 27 suspects.

German Interior Minister Nancy Faeser thanked the 3,000 police personnel involved in the raids and said the Reichsbürger movement was “united by their hatred of democracy.”

Germany has struggled to get a grip on far-right extremism in recent years. In June 2020, an elite German military unit known as the KSK was partially disbanded after it was found to have a build-up of right-wing extremists. The KSK embark on operations such anti-terror campaigns and hostage situations, according to Agence France-Presse news agency.

Earlier that year, in February 2020, a mass shooting left nine people dead at two shisha bars in the city of Hanau, near Frankfurt. Then-Chancellor Angela Merkel said the gunman had acted out of “right-wing extremist, racist motives.” The incident was the third deadly attack attributed to right-wing suspects in the country in one year.

Experts linked Germany’s increasingly frequent violent right-wing attacks with the rise of the Alternative for Germany (AfD) party, which in 2017 became the first far-right party to win seats in Germany’s parliament in nearly 60 years.

In March 2021, the AfD was formally placed under surveillance by Germany’s BfV domestic intelligence service on suspicion of trying to undermine the country’s democratic constitution.