High Rep: The red line would be Bosnia's RS entity forming its own army 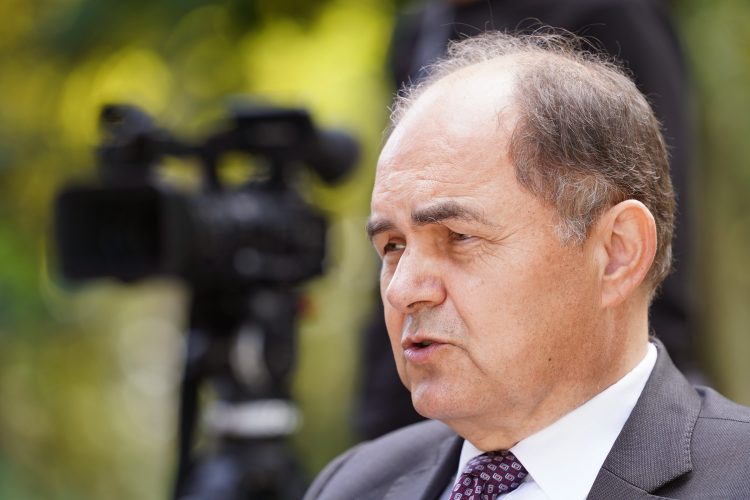 The High Representative in Bosnia and Herzegovina, Christian Schmidt, told Reuters that there is no imminent danger of the country disintegrating but that the “red line” would be if the BiH’s Republika Srpska (RS) entity would withdraw from the Armed Forces and form its own army.

Schmidt, who is the international official overseeing the civilian implementation of the 1995 Dayton Peace Agreement, told Reuters that pushing multi-ethnic Bosnia towards disintegration would inevitably have an impact on other unresolved conflicts in the region, including the one between Serbia and Kosovo.

His statements came in light of the major political crisis in Bosnia over announcements by BiH Presidency member, Milorad Dodik, that the RS entity will unilaterally withdraw from state institutions formed in the years after the Dayton Agreement was signed. This includes, among others, the BiH Armed Forces, state judicial institutions and the indirect taxation authority.

While he said that Bosnia is currently not in imminent danger of breaking up, he stressed that “if the degradation of the Dayton treaty continues … there is a risk that the country will break apart.”

The German politician said that he still hopes that international pressure could move developments in Bosnia in a “sensible direction.”

However, according to the Reuters interview, he defined what the “red line” would be – the withdrawal of the RS entity from the army and the creation of its own, separate one.

“If this proves to be true… then we in the international community will have to think very, very, very seriously about how we can move forward,” he said, adding that he would use his “Bonn Powers” – which allow him to, among other things, fire officials and impose laws – as a last resort.

Schmidt also noted that “Serbia should have an interest in Bosnia-Herzegovina staying together,” arguing that instability in Bosnia could have a grave impact on Serbia’s EU membership aspirations.