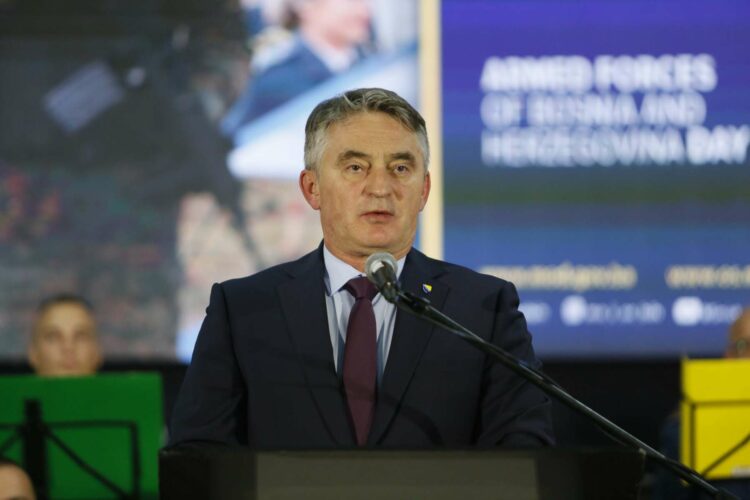 The Armed Forces of Bosnia and Herzegovina (AFBiH) today represent a factor of stability and security and its members have over the past 17 years contributed to the fulfilment of the strategic goals of the state on its way to Euro-Atlantic integration, one of Bosnia’s three Presidency member, Zeljko Komsic, said at an event marking the 17th anniversary of the establishment the AFBiH on Thursday.

Komsic, the Bosnian Croat in the Presidency, welcomed the participants of the ceremonial gathering, pointing out that the Day of the Armed Forces is an opportunity to remember the contribution of those who invested a lot of knowledge, will and effort in the process of establishing the BiH’s army as it is today.

“Although it was a very complex process, which required determination and patience, today, seventeen years after its establishment, we can say with certainty that the process of establishing the Armed Forces of Bosnia and Herzegovina is one of the best examples of successful reform in our society and state,” Komsic said.

He stressed that the AFBiH represents a factor of stability and security in the entire country, a reliable partner for all citizens of Bosnia and Herzegovina and state institutions, as well as for allies on the international level.

“The credibility and importance of the AFBiH grow from year to year, and the leadership and members of the Armed Forces of Bosnia and Herzegovina represent it worthily both domestically and internationally. This year alone, the BiH Armed Forces successfully participated in six international military exercises. In this way, they continued the tradition of successful cooperation with allies, which was reflected in previous years through successful participation in peacekeeping missions”, he said.

Komsic said that the delivery of the Reform Program for 2022 by the BiH Council of Ministers, together with the numerous military-diplomatic activities, proves the acceleration of BiH's path towards full membership in the NATO alliance.

“In that sense, the Armed Forces of Bosnia and Herzegovina definitely represent the main engine of NATO integration”, said Komsic.

“A stable and strong AFBiH is the main guarantee of the survival and stability of the state of Bosnia and Herzegovina and must never be called into question,” he said, emphasising the importance of the AFBiH at a time when “wars are again being waged in Europe, and when certain countries are once again committing aggression in violation of international law.”