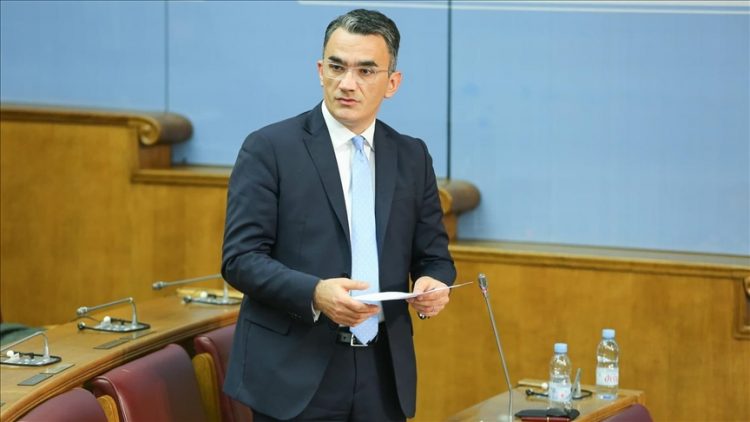 Montenegrin Minister of Justice, Human and Minority Rights Vladimir Leposavic said that he never denied or relativized the convicted crime of genocide in Srebrenica, adding that he had no right to do so, Ministry announced Thursday.

“The parliamentary question was whether I would recognize the crime of genocide. That question is part of the usual, monstrous policy of the Democratic Party of Socialists (DPS), which causes discord and mutual quarrel,” said Leposavic.

Montenegrin Justice Minister said late March that he is ready to recognize that the crime of genocide was committed in Srebrenica “when it gets proven unequivocally.”

Leposavic, who is a doctor of law, became known to the general public as a member of the legal team of the Metropolitanate of the Montenegrin-Primorje Serbian Orthodox Church, added that the Court in The Hague, where the Srebrenica genocide was tried, “had lost its legitimacy.”

Leposavic then stated that the decision of the International Court of Justice, which qualified the crime in Srebrenica as genocide, was based on the findings of the Hague Tribunal, which, according to him, had almost completely lost its legitimacy “when the Council of Europe rapporteur's evidence on the removal and trafficking of organs from Serb civilian victims in Kosovo were destroyed in that court.”

He said that he was aware that the parliamentary question was not asked with good intentions, and that it would not contribute to the respect of international obligations and the healing of the society, but that the tragic feelings of Serbs would be cruelly manipulated.

“I gave the answer to this question both as a man and as a member of the Government,” said Leposavic, who stressed that he respected the obligation of the Hague tribunal's decisions. However, he said he maintains his right to express a critical opinion on the Tribunal's work as it is usually done in conversation in all European and civilized countries.

The minister concluded that he presented a clear position and an expertly based comment on what others are ready to dismiss even at the slightest threat.