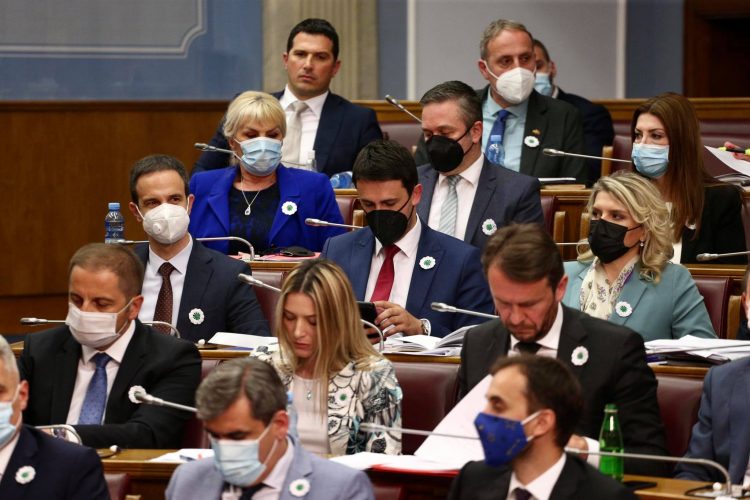 The Parliament of Montenegro adopted the Resolution on the Genocide in Srebrenica on Thursday and dismissed the country's Justice Minister over his controversial statements on the 1995 genocide in Bosnia.

According to the Resolution, proposed by the Bosniak Party in the country, Montenegro will declare July 11 a day of mourning and remembrance for the victims of the 1995 genocide that took place in the eastern Bosnian town and the Parliament will condemn any public denial of the genocide.

The Resolution passed with 55 MPs voting in favour, 19 against, and six abstaining.

Representatives of the ‘Mothers of Srebrenica and Zepa Enclaves’ association met with several Montenegrin officials, including President Milo Djukanovic, ahead of the vote.

“Justice has the value of punishing a crime, but at the same time it is necessary to understand that facing the truth and responsibility is the only way to the future, and denial is the way to the abyss,” the head of the association, Munira Subasic, posted on Twitter.

Montenegro’s Parliament also voted to dismiss Minister of Justice and Human and Minority Rights in the Government of Montenegro, Vladimir Leposavic, over his controversial recent statements in which he questioned whether the Srebrenica Genocide took place.

Leposavic said in March that he is ready to recognize that genocide was committed in Srebrenica “when it gets proven unequivocally.”

He argued that the International Criminal Tribunal for the Former Yugoslavia, which ruled that the 1995 genocide took place, has “lost its legitimacy.”

On Wednesday, he said that he never denied the Srebrenica Genocide and that the accusation is the result of a “campaign of lies.”

He was dismissed with 43 votes in favour, 27 against and 10 MPs abstaining.