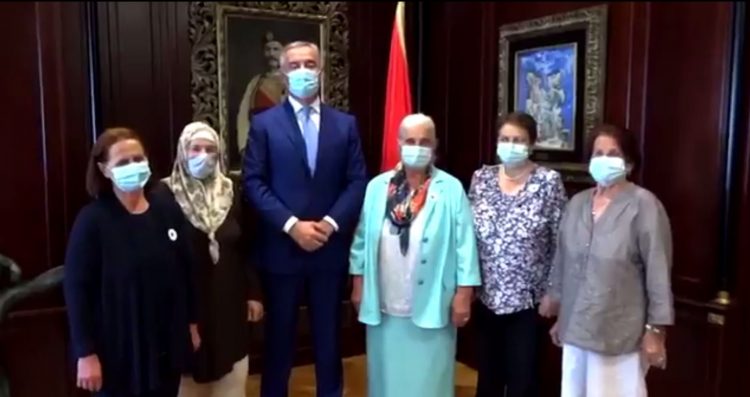 Representatives of the Mothers of Srebrenica association met with Montenegro’s President, Milo Djukanovic, ahead of the parliamentary vote in his country on a Resolution condemning the 1995 genocide that took place in the Bosnian town of Srebrenica.

The Movement “Mothers of the Srebrenica and Zepa Enclaves” and the Association of Genocide Victims and Witnesses requested in March an apology from Leposavic.

This never happened, the association said.

“This supports the idea that Minister Leposavic is part of the nationalist policy he is in, through the denial of genocide and the relativization of crimes. The goal is to not bring about reconciliation in the former Yugoslavia. The genocide in Srebrenica has been proven through a series of court verdicts,” it said, noting that it was also confirmed recently in the verdict against former Bosnian Serb general Ratko Mladic.

“Verdicts are important to everyone, regardless of national and religious affiliation, regardless of the area where we live, because they help us all, without distinction, to remove the fear that something similar could happen again. We are grateful to the civic structures and individuals in Montenegro who are helping the citizens of Montenegro accept and understand the facts regarding the genocide in Srebrenica, which constantly indicate that the Srebrenica massacre in the ‘UN-protected zone’ was the most serious crime committed in Europe since World War II,” it said, adding that “It is important that justice is heard.”

The Mothers of Srebrenica stressed that they “will not allow” anyone to insult survivors of the genocide and that they are glad to know there are voices in Montenegro which call such insults “unacceptable.”

“It is devastating for the Government of Montenegro to have ministers in its own ranks who deny genocide and other war crimes only because of their national and religious fervour and the motive to identify themselves with criminals on that basis,” they said.

They once again called for the Montenegrin Parliament to dismiss the minister, arguing that “his policy is doomed.”

They also called on Montenegrin MPs to reject the policy and practice of denying the Srebrenica genocide and war crimes.