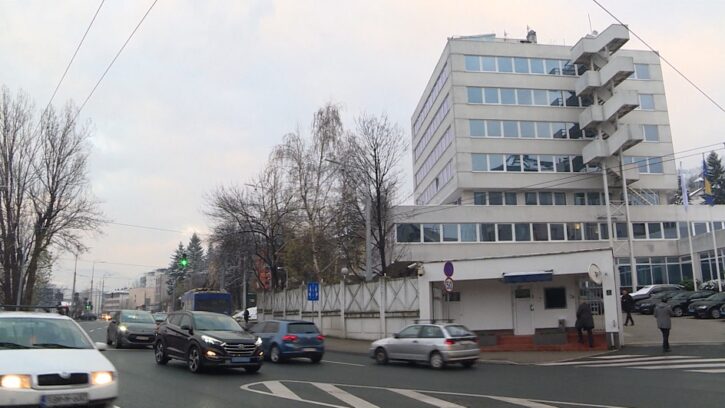 Ambassadors of the Peace Implementation Council Steering Board, the international body overseeing Bosnia’s peace process, condemned the initiative to establish a parallel High Judicial and Prosecutorial Council (HJPC) in Bosnia’s Republika Srpska (RS) entity, adding it “will not allow” any actors to undermine the 1995 Dayton Peace Agreement.

The statement comes after the RS National Assembly adopted a Draft Law on the HJPC in the entity which will be discussed within 60 days.

The move represents another step in an initiative by RS leadership, primarily BiH Presidency member and leader of the ruling party in the entity, Milorad Dodik, to withdraw from state institutions.

“Recent moves by the Republika Srpska (RS) entity authorities to introduce a Law creating a parallel High Judicial and Prosecutorial Council (HJPC) are a clear attempt by the entity to unilaterally assume the constitutional responsibilities of the State, which would represent a violation of the constitution and legal order of BiH,” the PIC SB said in its statement.

The adoption of the law would be “incompatible with BiH’s European integration process, constituting an unacceptable interference in the independence of the judiciary and signalling a backsliding of the whole country on European standards in rule of law,” it said, adding that the implementation of the law would also create “an unconstitutional body, jeopardizing the fundamental legal rights of all BiH citizens, especially those who live in the RS.”

The PIC SB said that the 2004 establishment of a single, State-level HJPC was a “pivotal reform in modernizing the BiH judiciary in accordance with European and international standards” and that its role is “to foster professionalism, transparency and efficiency in the judiciary while advancing impartial, independent, and effective administration of justice throughout the country.”

“A professional and independent judiciary, free from political pressure and influence, is key to developing a fair and democratic society. All authorities in BiH should advance decisively on reforms related to the rule of law and the fight against corruption, which are essential to regaining citizen trust and advancing the EU accession process,” it said.

The PIC SB urged RS political leadership to abandon “these unconstitutional moves that increase the scope for corruption and focus instead on improving the existing institutions in a constructive way,” encouraging elected representatives to adopt amendments to the BiH Law on the HJPC in line with European Commission recommendations.

Such amendments would strengthen the integrity and improve the transparency of the judiciary and would best serve the needs of all citizens in line with the 14 Key priorities of the Commission Opinion on BiH’s application for EU membership, it said.

“The High Representative and SBA will not allow any actors to undermine the DPA. The SBA will take necessary responses in coordination with the High Representative, taking into account his competencies and instruments to ensure the full respect of the DPA and the sovereignty and integrity of BIH,” the statement concludes.

The Russian Federation noted that it does not agree with the statement.