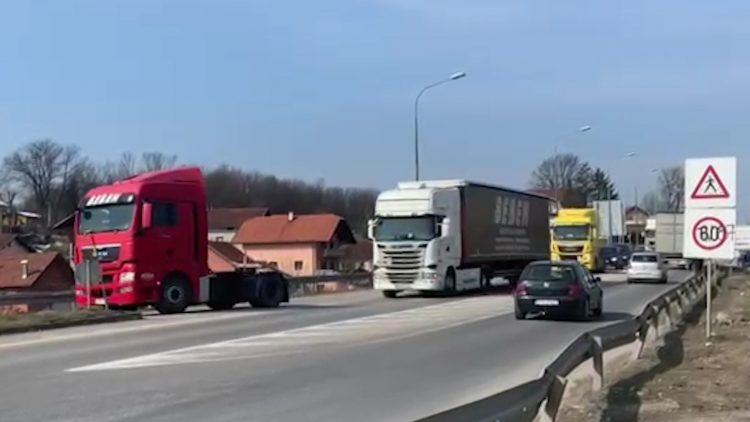 The Association of Carriers of Bosnia’s Republika Srpska (RS) entity will organize a warning strike in Banja Luka on Wednesday, but carriers began gathering in front of the Prijedor loop a little earlier, from where they will start the protest ride.

According to earlier announcements, some 200 trucks and pick-ups will take part in the protests. According to N1’s reporter Snezana Mitrovic, they will initially state their demands and then start the protest ride.

They are asking for the abolition of the fuel excise taxes because the increase in fuel prices makes their business more difficult, especially in the conditions of the coronavirus pandemic when other things have also become more expensive.

These are not the only requirements of the carrier. All the details will be known later when they address the public.

Earlier on Wednesday, the same protest was held by the FBiH Association of Carriers who held a protest ride through the nation's capital, Sarajevo, demanding the abolition of excise taxes.