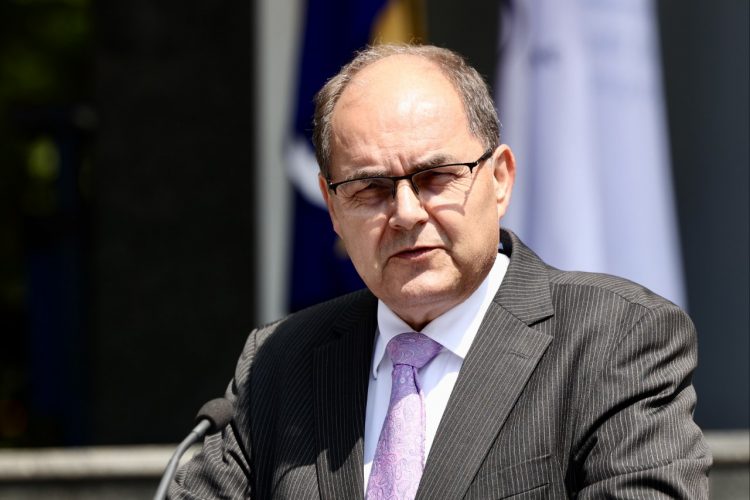 International community’s High Representative in BiH, Christian Schmidt, said Saturday evening that he spoke with the Serbian President about Bosnia's territorial integrity and the statements of politicians from its Republika Srpska (RS) entity, referring to its autonomy.

The High Representative added that “he will soon do something about state property, which will relate to the RS,” because the RS will also be part of the EU integration.

“I’d suggest Dodik go back to the period when we cooperated intensively,” Schmidt noted adding that no one still knows what the election result will be in the RS and added that he has confidence in the Central Election Commission.

The High Representative emphasized that the neighbouring countries, Serbia and Croatia, play an important role when it comes to BiH, as well as Turkey.

“It's not just about Sarajevo and Banjaluka coming to an agreement. We must also have the support of the European Union and that, in fact, is the essence of these talks and discussions”, said Schmidt, adding that he is an optimist when it comes to moving things in BiH in a reasonable direction.