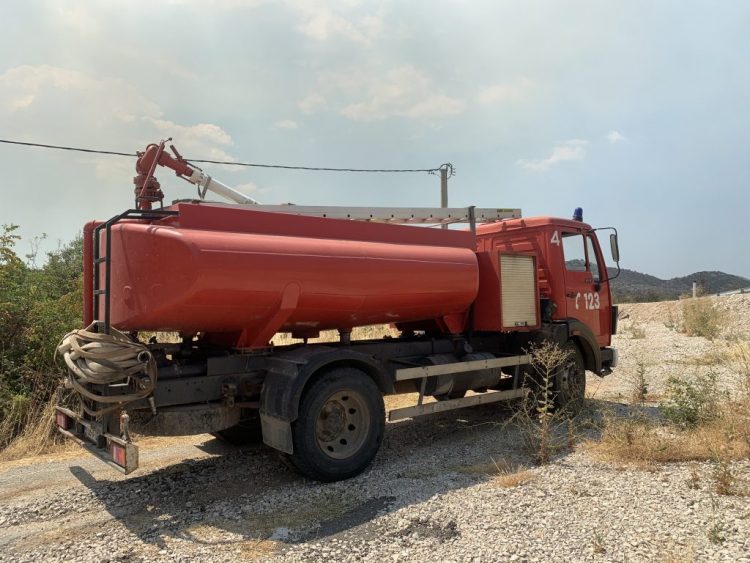 The wildfire that engulfed the area of Neum two days ago is still active and the blaze is still spreading due to strong winds, the Civil Protection authority of the Herzegovina Neretva Canton (HNK) confirmed for N1.

The fire has now spread to the mountain Zaba, near the villages Brocanac and Prapratnica.

“The fire is spreading uncontrollably, and firefighters are on the ground. There is currently no danger to the population or buildings. It is necessary to engage a helicopter of the Armed Forces of Bosnia and Herzegovina”, the HNK Civil Protection authority said.

Firefighters from neighbouring municipalities, as well as from Croatia, are helping put out the fire. Many locals are engaged as well in an effort to protect their homes.

A helicopter of the BiH Armed Forces was engaged to respond to the fire on Wednesday.

The HNK Civil Protection said another wildfire is active in a pine forest in the area of Konjic.