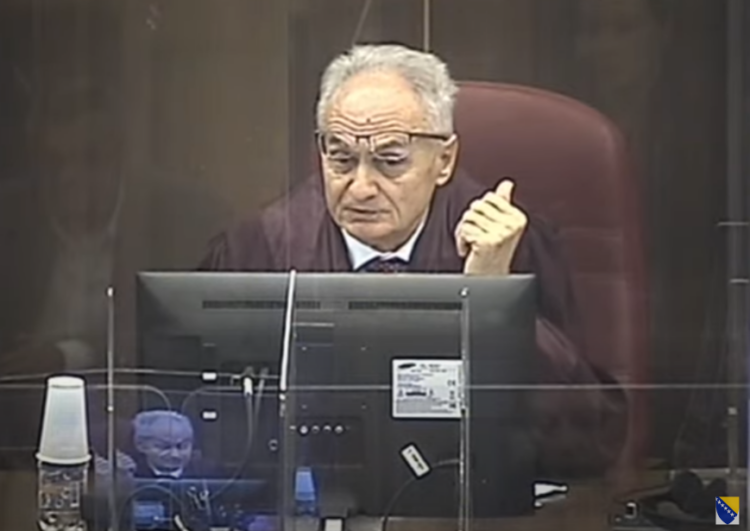 Bosnian State Court rendered a long-awaited verdict in the 'Zijad Mutap et al' case, regarding the tragic death of Dzenan Memic, who died under mysterious circumstances after suffering fatal injuries in an accident six years ago.

In the first-instance verdict, the court released of charges Zijad Mutap, Hasan Dupovac, Alisa Ramic, Josip Baric and Muamer Ozegovic, who were suspected of acting as a group to cover the evidence about the circumstances in which Memic died in February 2016.

According to the indictment, the group covered the evidence and perpetrators, falsified evidence, concealed the known facts with an aim to conceal the way in which Memic got life-threatening injuries.

The trial lasted longer than a year and numerous witnesses gave statements, disclosing new details regarding the case.

Judge Branko Peric said that both the Court and the Prosecutor's Office faced difficulties, adding that it was not clear what were the motives for the group to join together and who were they helping. Also, it was not determined who inflicted injuries to Memic and his then girlfriend Alisa Mutap (now Alisa Ramic, one off the defendants in the case), while they were together in the night of the accident.

“We do not know whom the defendants helped in concealing the evidence. The construction of the indictment was not based on solid foundations. The testimonies of the police officers were related to the participation in the investigation and the performance of official actions. Part of the evidence presented was irrelevant. Part of the evidence indicated that there had been a traffic accident, although this was not in the indictment. The statements of 29 witnesses were useless,” the judge said among other things presenting the verdict.

Memic's father and sister, Muriz Memic and Arijana Memic, left the courtroom as they protested against the verdict.

“There will be justice for Dzenan, but you are neither justice nor you are honourable,” the sister said as she was leaving the room.

The Court confirmed the indictment against the group in July 2021.

The five suspects include Zijad Mutap and his daughter, Alisa Ramic, who was Memic’s girlfriend at the time of his death, Hasan Dupovac, Zijad Baric, police officers who allegedly obstructed the investigation by mishandling evidence and witness statements, and Muamer Ozegovic, an employee of a hotel who allegedly erased a video from a security camera that could have served as evidence.

The case of Dzenan Memic sparked several large protests in Sarajevo throughout the past several years as the father and sister of the young man, Muriz and Arijana Memic, have been accusing judicial officials of protecting the person who killed him.