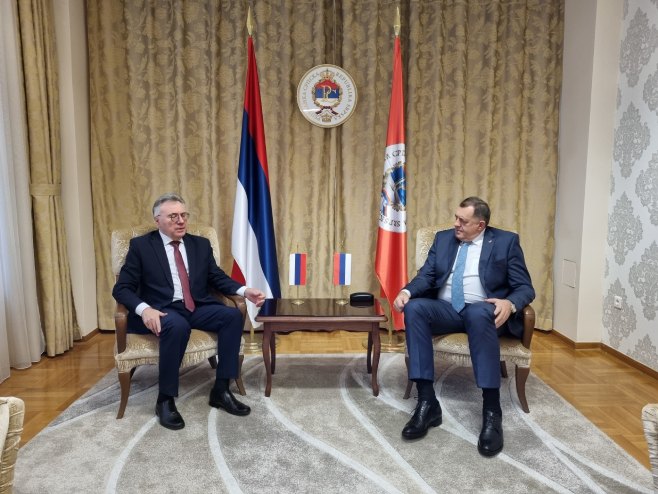 The President of Bosnia’s Republika Srpska (RS) entity Milorad Dodik received in East Sarajevo the ambassador of the Russian Federation to BiH, Igor Kalabuhov, who thanked him for the invitation to attend the ceremonial reception on the occasion of the inauguration of the RS President.

RS President Dodik pointed out that the RS appreciates the fact that the Russian Embassy and the Russian Ambassador approach the marking of all important events for the RS with special respect and that this reflects the good cooperation and relations between the RS and Russia, said the statement from his Cabinet.

It added that Dodik informed the Russian Ambassador that the constitution of the RS Government is underway and that all the activities that have been carried out so far will be continued in the coming period.

The RS President noted that he will request that the competence for the Election Law of BiH be returned to the level of the RS, which will enable the RS to conduct local elections, as well as elections for the National Assembly and the RS President, via entity election commission and not the Central Election Commission of BiH.