Dodik: Christian Schmidt's appointment to High Rep post in in BiH is illegal 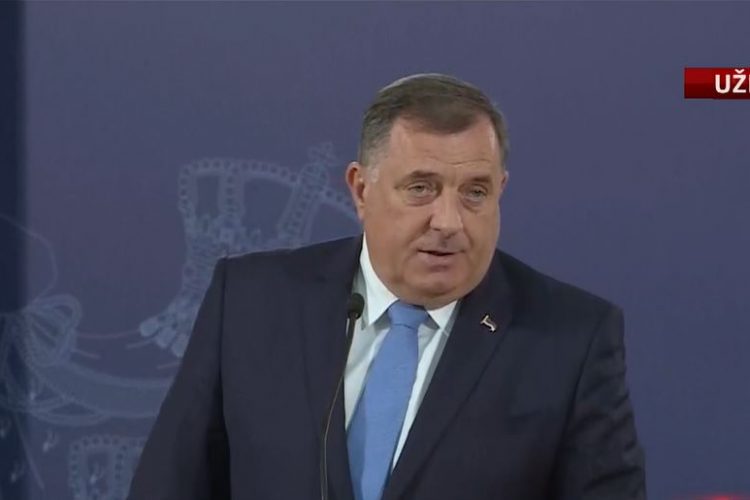 The Chairman of Bosnia’s tripartite Presidency and its Serb member, Milorad Dodik, said the German parliament is not the place where the international administrators in Bosnia should be appointed and that this should exclusively be done in the UN Security Council.

Dodik commented on the fact that German politician Christian Schmidt was named the new High Representative in Bosnia, the official tasked with monitoring the civilian implementation of the 1995 Dayton Peace Agreement. He was formally appointed by the Peace Implementation Council (PIC), the international body overseeing Bosnia’s peace process.

Dodik told the SRNA news agency that Schmidt knows what the procedures for the appointment of the High Representative are provided by the Dayton Peace Agreement and that he will avoid “adventurism by coming to BiH illegally.”

“I see the statement that he has executive powers at his disposal, which he uttered before the German parliament, as ignorance of the mandate and powers of the institution of the High Representative as provided by the Dayton Peace Agreement,” Dodik said.

The Bosnian Serb political leader said that “the time of international interventionism in the way that part of the international community treated BiH is the past” and that it is due time for elected representatives in the country to decide on the future of BiH.

“An unelected foreigner, who would eventually come, even without a decision of the Security Council, would suspend the few democratic steps that have been made in the 26 years of the protectorate. What kind of message do they send us 26 years after the end of the civil war, if the only form of assistance to BiH is the High Representative imposed despite all procedures and rules, is what everyone would ask, especially those who enthusiastically welcome the protector who would fulfil their wartime wishes and goals,” he said.

If the EU expects Bosnia to be a legal and orderly state, it should not intervene in BiH in an illegal way, he said.