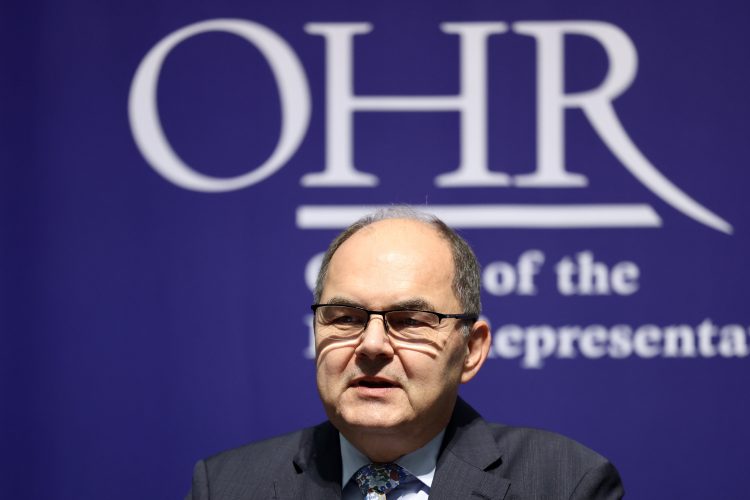 A group of members of European parliament and parliaments of EU member states sent a letter to international peace envoy in Bosnia and Herzegovina, High Representative Christian Schmidt, demanding an elaboration of his decision to amend Bosnia's electoral legislation on election night, October 2, how the decision complies with the regulations prescribed by the Dayton Peace Agreement and OSCE guidelines, and to explain alleged coordination with Zagreb regarding this decision.

“We would like to remind you to Annex III of the DPA, enshrining that elections in Bosnia and Herzegovina shall be held in accordance with the relevant documents of the Organization for Security and Cooperation in Europe (OSCE). The OSCE Guidelines for Reviewing a Legal Framework for Elections1 state that “the electoral legislation of a country should be enacted sufficiently in advance of elections to enable voters and all participants to be informed of the rules. Electoral legislation enacted at the “last minute” has the potential to undermine trust in the process and diminish the opportunity for political participants and voters to become familiar with the rules of the electoral process in a timely manner,” said the letter.

Twenty-eight signatories of the letter invited Schmidt to elaborate on the way in which the use of the Bonn powers complies with the relevant provisions of the OSCE, and asked for a independent OSCE's assessment of his proposals. 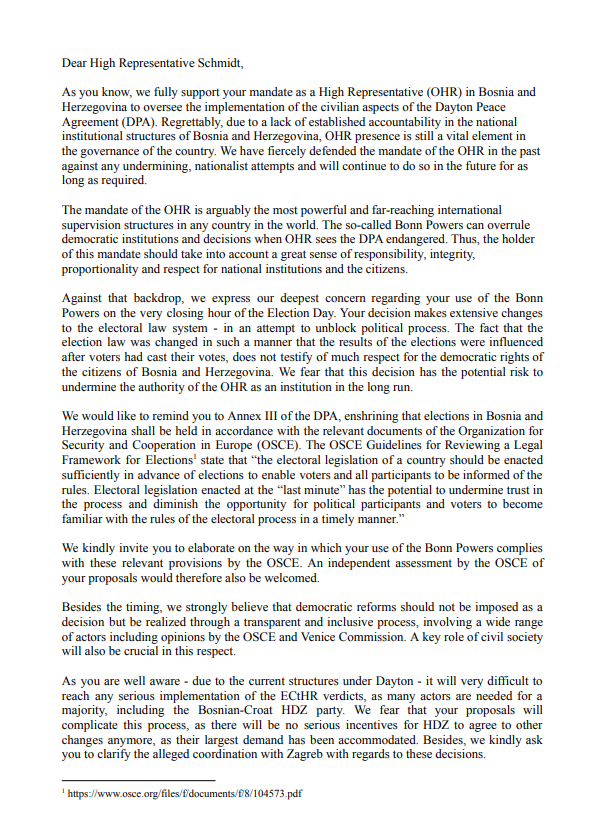 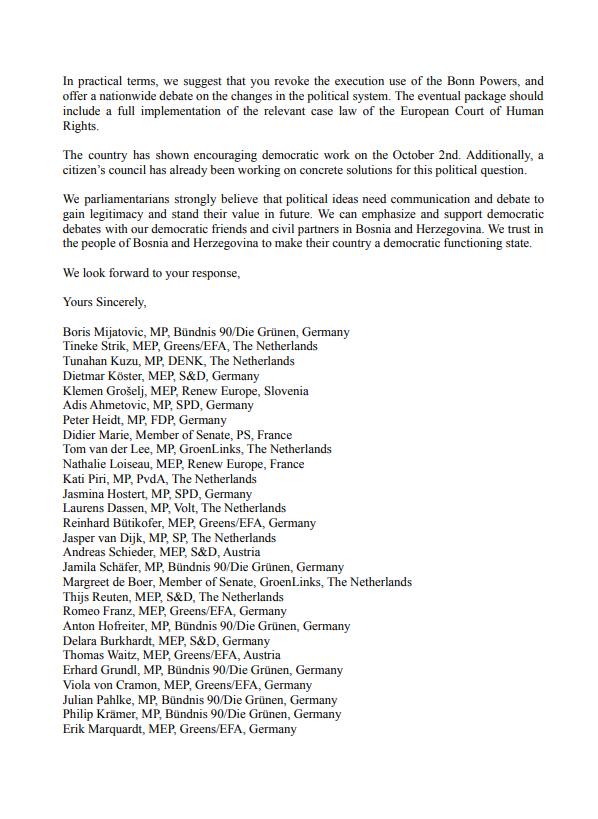 “Besides the timing, we strongly believe that democratic reforms should not be imposed as a decision but be realized through a transparent and inclusive process, involving a wide range of actors including opinions by the OSCE and Venice Commission. A key role of civil society will also be crucial in this respect,” stressed the note.

The lawmakers also expressed the concern with further reform of electoral legislation, considering the role of the Bosnian Croat HDZ party.

“As you are well aware – due to the current structures under Dayton – it will very difficult to reach any serious implementation of the ECtHR verdicts, as many actors are needed for a majority, including the Bosnian-Croat HDZ party. We fear that your proposals will complicate this process, as there will be no serious incentives for HDZ to agree to other changes anymore, as their largest demand has been accommodated. Besides, we kindly ask you to clarify the alleged coordination with Zagreb with regards to these decisions,” reads the letter.

As a solution, the parliamentarians propose that the execution of the Bonn powers is revoked and starting a nationwide debate on the changes in the political system, stressing as crucial the full implementation of the relevant case law of the European court of Human Rights.

They expressed full support to the mandate of the high Representative, stressing that its presence in the country is still vital element in the governance of the country, due to a lack of established accountability in the national institutional structures.

“The mandate of the OHR is arguably the most powerful and far-reaching international supervision structures in any country in the world. The so-called Bonn Powers can overrule democratic institutions and decisions when OHR sees the DPA endangered. Thus, the holder of this mandate should take into account a great sense of responsibility, integrity, proportionality and respect for national institutions and the citizens,” they underlined.

Schmidt took part in the meeting with members of the European Parliament Committee on Foreign Affairs on Tuesday, where they discussed this subject, and according to one of the participants, MEP Tineke Strik, the exchange of views with Schmidt was “rather disappointing.” 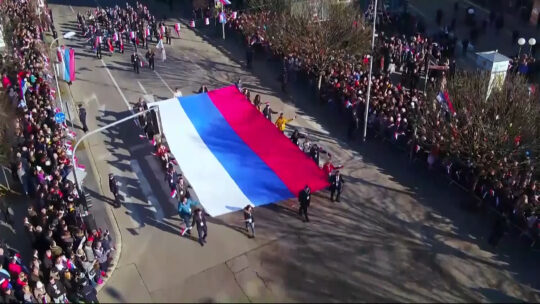