Schmidt at European Parliament: Bosnia must seize its historic opportunity 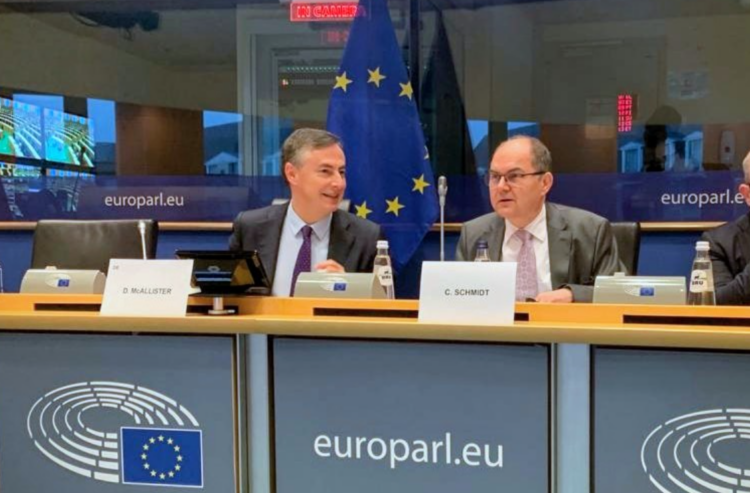 International peace envoy, High Representative in Bosnia and Herzegovina Christian Schmidt, met the members of European Parliament's Committee on Foreign Affairs on Tuesday, according to a brief statement of the Office of the High Representative, which did not unveil details of the talks.

“During his stay in Brussels, HR Christian Schmidt shared information with the European Parliament Committee on Foreign Affairs about the current political situation in BiH. He stressed that BiH must seize its historic opportunity after gaining EU candidate status,” the OHR said in a tweet.

Prior to this meeting, Schmidt among other officials met with European enlargement commissioner Oliver Varhelyi, former High Representative in Bosnia Miroslav Lajcak and EP Rapporteur for Bosnia Paulo Rangel, with whom he discussed political developments in the country and its EU path.

Schmidt's attendance in the meeting was announced earlier this month, and previously a group of MEPs asked for the High Representative's hearing before the Committee regarding the changes to Bosnia's electoral legislation that he imposed on the election night, October 2.