High Rep: Things are starting to change after many years of lethargy in Bosnia 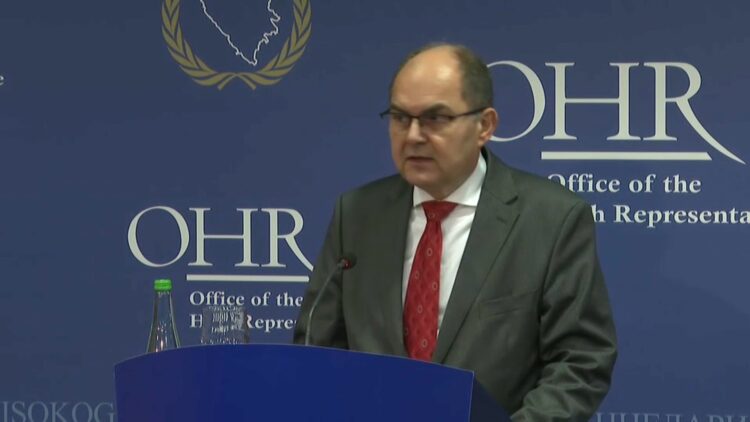 The High Representative of the international community in the country, Christian Schmidt, addressed the public following a session of the Steering Board of the Peace Implementation Council (PIC SB), the international body overseeing BiH’s peace process, saying that “things are now starting to change” after “many years of lethargy” in the country.

Schmidt, who is tasked with overseeing the civilian implementation of the 1995 Dayton PEace Agreement, praised the activities on forming the government following the October 2 elections and stressed that “there is no place for blockades” in the process.

“We saw that after many years of lethargy things are now starting to change,” said Schmidt.

He also praised political officials who are prepared to compromise and put differences aside in order to finally start implementing reforms and that he is convinced that there will be no obstructions in this process.

Schmidt pointed out the importance of the rule of law in the country, noting that a series of meetings were held with the presidents of the BiH’s top judicial institution, the High Judicial and Prosecutorial Council (HJPC), and the Court of BiH to discuss the adoption of the necessary reform laws.

He also called on youth in BiH to remain in the country and “help it become a better place.”