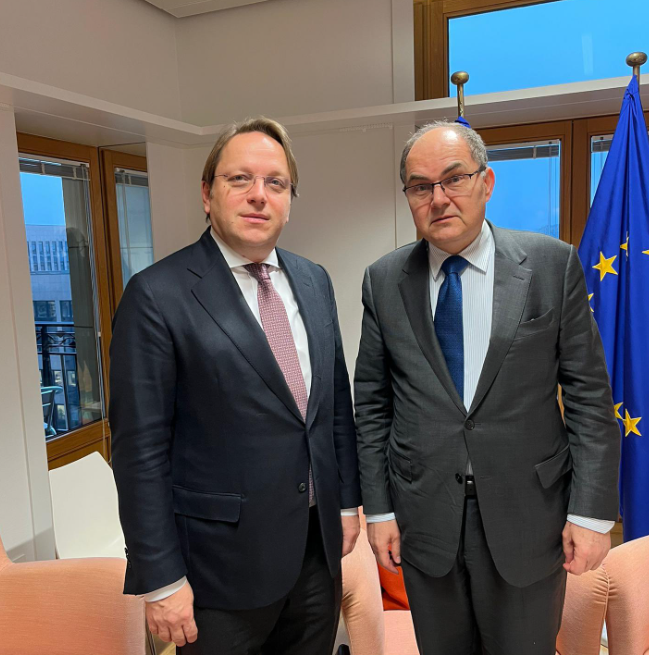 International peace envoy, High Representative in Bosnia and Herzegovina, Christian Schmidt, met with European enlargement commissioner Oliver Varhelyi to discuss the country's path to European Union and the steps the country must take on that path.

According to Varhelyi's tweet, the officials discussed the candidate status for Bosnia and Herzegovina, how can the country deliver on next steps of the European Commission's recommendations and 14 key priorities.

They also talked about the formation of governments in Bosnia and Herzegovina.

The meeting took place a day before Schmidt appears at meeting with members of the European Parliament's Committee on Foreign Affairs, scheduled for January 24.

A group of MEPs earlier asked that Schmidt explains to the Committee his decision to impose changes to Bosnia's electoral legislation on the election day, October 2, which they assessed as “undemocratic measure.”