US State Dept's Escobar: There will be no war in Bosnia and Herzegovina 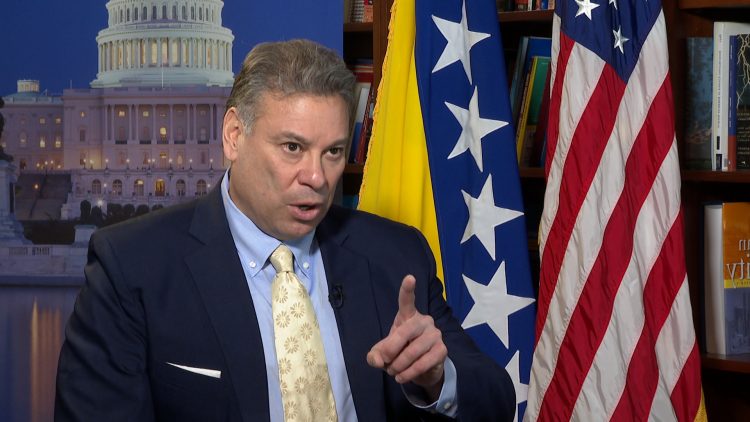 US special envoy for the Western Balkans Gabriel Escobar held a special online briefing for media representatives in the region, discussing top issues there including the recent tensions between Serbia and Kosovo as well as the decisions imposed by the international peace envoy in Bosnia and Herzegovina. He condemned the inflammatory rhetoric that emerged after the High Representative's decisions and reiterated that “there will be no war in Bosnia and Herzegovina.”

“With regard to the recent decision to impose changes to the electoral process, we support them. Those changes will eliminate hate speech, will regulate the use of public resources for partisan gain, and will create some transparency in the process,” said Escobar.

He condemned the use of inappropriate rhetoric by political leaders.

“However, what I do disagree with, I disagree with some of the rhetoric that was put out by some of the political parties as a result of that. We should use the elections as a – as an opportunity to strengthen democracy in Bosnia and Herzegovina and to create a peaceful transition of power between those who are elected and those who haven’t been elected,” he stressed.

Also, he dismissed the insinuations of a potential conflict.

“And so we reject any kind of references to conflict, to war. I have to reiterate again there will be no war in Bosnia and Herzegovina. The international community is united in making sure that the security of Bosnia and Herzegovina is protected. We have a peacekeeping force. That peacekeeping force will remain. And so I encourage political party leaders on all sides to refrain from making comments that raise the tensions in the country,” Escobar underlined.
Asked about the Russian influence in the region and efforts of that country to, as suggested by some officials in the region, destabilise the Western Balkans especially Kosovo and Bosnia, Escobar replied that the solution needs to be sought within the region.

He deems that “with very few exceptions,” what is happening in the Balkans is a result of factors that are occurring in the Balkans. He mentioned Serbia-Kosovo tensions as an example, emphasising the need to solve the issue through the EU-mediated talks.

“Now, Russia does try to play a role, but that role is not as important as the destabilizing factor of some politicians and some actors that are operating to – within the Western Balkans itself,” he underscored.

He made brief final comments on every country in the region, noting that in Bosnia and Herzegovina “we are looking forward to free and fair and open elections and the formation of government afterwards.”