Professor El-Rayess: Schmidt unaware of the depth of his racism 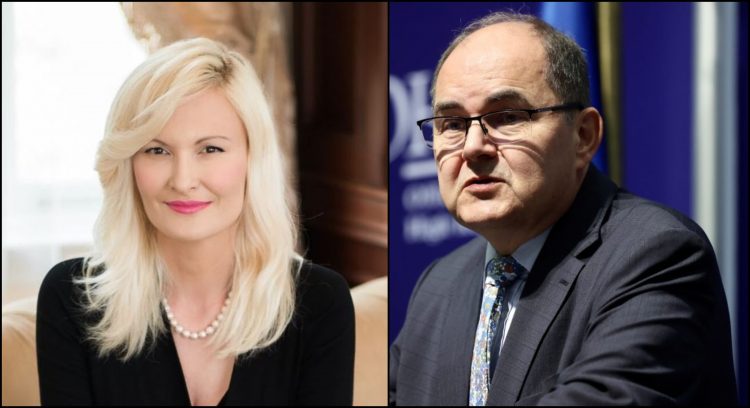 After the interview that Christian Schmidt, the High Representative in Bosnia and Herzegovina, gave to Vecernji list daily, in which, among other things, he said that he was a "rational German and that he imposed the decisions in order to remove the blockades," Amra Sabic El-Rayess, a distinguished professor from the prestigious Columbia University in New York reacted.

“Let me remind you, racism is a prejudice that is aimed at a certain person or group of people on the basis that they are members of a certain racial or ethnic group. Schmidt's interview suggests that he believes in his own superiority because he is, according to his words, a “rational German” compared to Bosnians, and especially Bosniaks, whom he thinks should be allowed to live. The implications of this attitude are that any demand for equal human rights for persons who are obviously Bosniaks is, in his opinion, too much to expect. The question arises whether he wanted to say that Bosniaks are ‘rational Germans’, maybe then they could expect more. Since Bosniaks are Bosniaks, then they should be satisfied with the minimum, which is that they are allowed to live, as it seems from his interview,” El-Rayess stated.

Then she commented on Schmidt's message in the interview “that BiH cannot be heaven on earth.”

“That comment suggests that Schmidt thinks he's omnipotent. The feeling of superiority over others because of their identity and origin is the embodiment of prejudices of which he is apparently not even aware, because if he were, he would not humiliate others like this on the basis of their origin while at the same time exalting himself and his origin. Citizens of Bosnia and Herzegovina are not looking for paradise. People are looking for equality and equality and a civic state like Germany and Croatia, however, it is obvious that anti-Bosniak racism influenced Schmidt's decisions,” she added.

El-Rayess believes that Schmidt is “unaware of the depth of his racism”.

“Because if he were, he would not have demonstrated this view of the state and the people whose lives he is playing with. Also, the fact that Mr Schmidt compares his approach to BiH with Emperor Franz Joseph is more than worrying, not only because Emperor Joseph occupied and annexed BiH to Austria in 1908, but because Schmidt is no emperor, nor is he superior to any man living today in BiH and he has no right to insult and humiliate the people of BiH in this way. It’s a shame for the international community to be represented by a man who is so full of prejudice. Based on such statements, the people of BiH should demand the dismissal of Christian Smidt – IMMEDIATELY,” professor El-Rayess noted.

In the end, she quoted one of Schmidt's statements from the interview.

“I quote the words of Schmidt: “I am a rational German. First, we should be clear that we will not create a paradise in BiH. Second, the Croats were not totally suppressed. Third, Bosniaks also live here and should live here. I would be happy if all those who see some advantages or disadvantages talk about them. There is simply a lot of talk and little decision-making in this country. I can tell you that from my experience here. Emperor Francis Joseph, who ruled here, once said: ‘I was a good ruler if all my people were equally dissatisfied’,” El-Rayess concluded her comment.