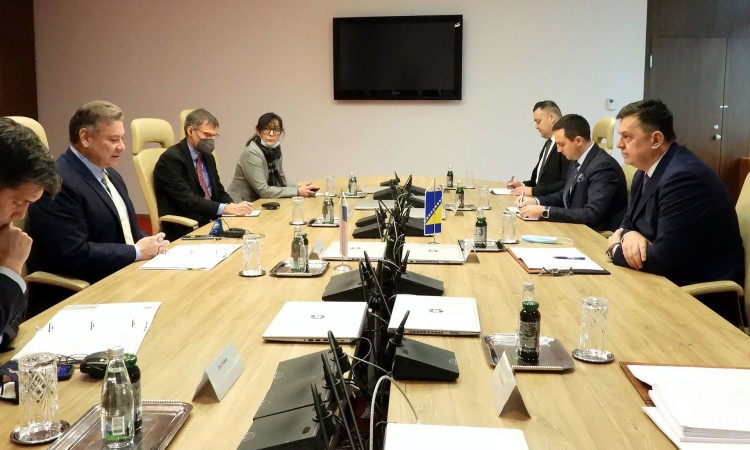 Speaking to Gabriel Escobar, the US Western Balkans envoy, Bosnia’s Council of Ministers Chairman Zoran Tegeltija said Tuesday the country is committed to its European path, with full respect to constitutional competencies of all levels of government and the Dayton Peace Agreement.

Tegeltija told the Deputy Assistant Secretary at the Bureau of European and Eurasian Affairs that Bosnia needs dialogue and an agreement between political representatives, and stressed that revoking the imposed decision of the former High Representative on the genocide denial ban would create a precondition for the normal functioning of all institutions.

Tegeltija also noted that threats or the imposition of sanctions on anyone do not contribute to resolving the current situation in BiH.

During the meeting, which was also attended by US Ambassador to BiH Eric Nelson, the interlocutors exchanged views on other current topics, the Council of Ministers of BiH announced.