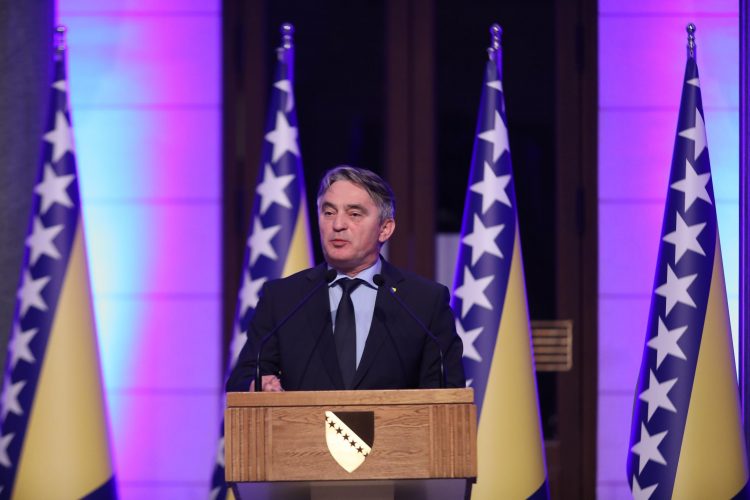 Bosnia and Herzegovina Presidency Chairman Zeljko Komsic has sent an official request to the European Union leaders, asking them to consider granting the country the candidate status. Komsic said in a note he sent to Brussels that this would be “another confirmation of the indivisibility and sovereignty of Bosnia and Herzegovina.”

He also wrote that Bosnia's EU candidate status would have a “series of positive effects on the overall security and stability of Bosnia and Herzegovina, and thus the entire Western Balkans region.”

Komsic recalled that, in light of the country's obligation stemming from the Stabilisation and Association Agreement with the EU, concerning the harmonisation of BiH's foreign policy with the foreign and security policy of the EU, Bosnia and Herzegovina has joined all EU's measures against those who attacked the sovereignty and territorial integrity of Ukraine.

“On behalf of the citizens of Bosnia and Herzegovina, along with many other countries, allow me to assess Russia's dangerous political and military activity as unacceptable, especially since such a policy is outside the norms of international public law and its valid acts, such as the Charter of the United Nations,” Komsic wrote in a letter he addressed to the EU Council President, European Commission President, EU High Representative for Foreign Affairs and Security Policy, and European Commissioner for Enlargement.

He also assessed that “more than ever we need European unity and a clear signal that the Western Balkans is a part of Europe,” at this moment when a big country is using its military potential to occupy its neighbouring country.

Komsic recalled of 14 priorities that the European Commission pointed out in its Opinion on BiH's membership application, saying that one part of those priorities has been met, while the other remain unsolved.

“However, if we take into account that the granting of candidate status to Bosnia and Herzegovina would create a new environment and give another confirmation of the indivisibility and sovereignty of my country, then it would certainly have a number of positive effects on the overall security and stability of Bosnia and Herzegovina. and the entire Western Balkans region,” he underlined.

Bosnia and Herzegovina officially applied for the EU membership in 2016.