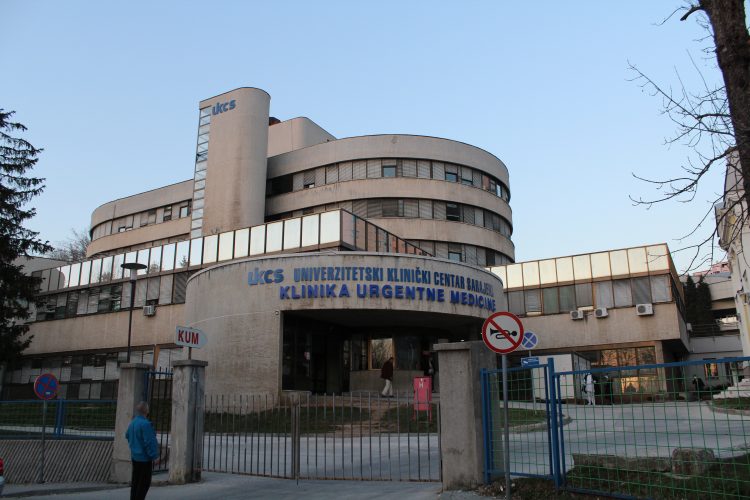 A team of prosecutors of the Sarajevo Canton Prosecutor's Office entered the premises of Sarajevo University Clinical Centre Monday afternoon. Prosecutors entered after it was confirmed in the afternoon that a case had been formed regarding the contents of a letter published by local media outlets over the weekend claiming Covid patient neglect, N1 has learned.

The letter focused particularly on the use of ventilators which were purchased last year in a controversial procedure that is currently the subject of a court trial. According to the authors of the letter, who did not reveal their names, the ventilators are useless and “chances of patients to survive on them are – zero.”

The clinical centre’s management strongly dismissed the allegations and dubbed the media which published the open letter “tabloids.”

The letter sparked fury on social media and led Sarajevo Canton Health Minister to invite the head of the KCUS, Sebija Izetbegovic, for an urgent meeting.

The KCUS management met with KS Government representatives on Monday.

KS Prime Minister, Edin Forto, said after the meeting that he refused to sign a conclusion the KCUS management presented to him that said all of the activities in the institution were in line with the law and regulations.

Forto said the KS Government asked for the establishment of an expert body which should be formed by the government of Bosnia’s Federation (FBiH) entity and the FBiH Health Ministry in order to establish the facts regarding the issue of the ventilators, but the request was denied.

According to Izetbegovic, Minister Vranic asked, during the meeting, why they did not pull the controversial ventilators, which are subject of a trial against the Prime Minister of Bosnia’s Federation entity Fadil Novalic and his associates, due to allegations that they are ineffective for the treatment of Covid patients and that they are even allegedly dangerous.

To this Izetbegovic said she told the Minister and Sarajevo Canton Prime Minister Edin Forto that they will pull them from use straight away, just as soon as Vranic and Forto sign the order.

Doctor Izetbegovic concluded the press conference by saying that no ventilator has ever killed anyone, but noted that they are only a support device, not a cure for Covid.